I’m a big fan of both Florida beaches and Southwest Airlines. Southwest is now offering a new way to get to Sarasota/Bradenton. I was excited to have the opportunity to learn more about this area of Florida and discover yet another awesome beach spot in the state. Here’s what I know about Southwest Airlines new direct flights to Sarasota-Bradenton airport. 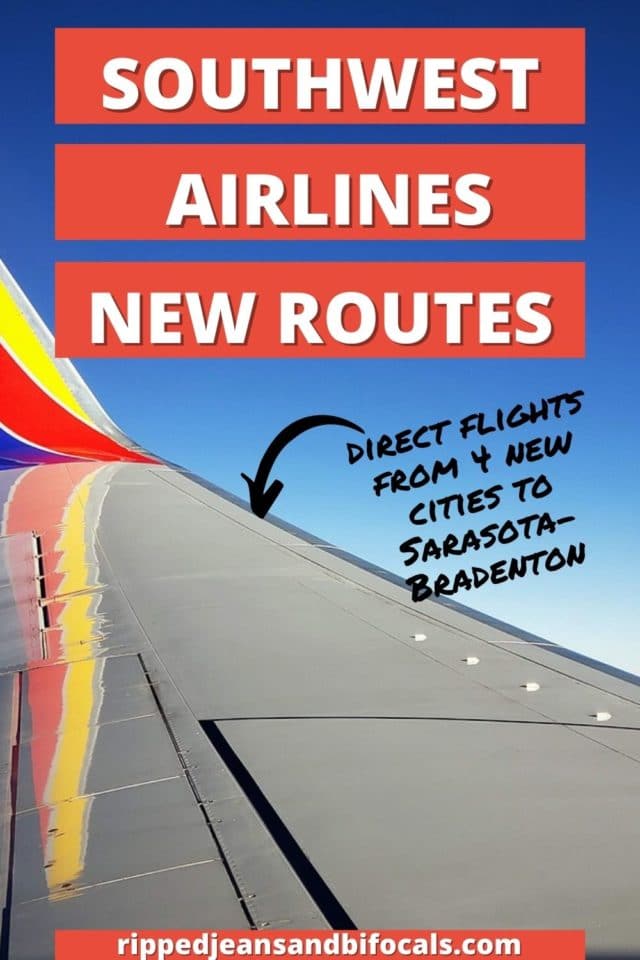 I love a direct flight. I hate hanging out in airports and I love a short flight to get to where I’m going. Unfortunately, my home is located near the San Antonio International Airport and direct flights to most places are scarce. For a major city, we have a fairly small airport in San Antonio.

I usually have to connect through Dallas or Houston to get most places, which is what I did for this trip. But, if you’re in or near one of the four cities I mentioned above, this new route to Sarasota-Bradenton airport is good news for you.

I think this is especially good news for people living in Chicago and the Baltimore areas. Texas gets mild winters – usually – but Baltimore and Chicago can experience brutal winters. Now they have a quick, easy, and relatively inexpensive option to escape at any time of the year.

Read more: Can you save seats on a Southwest Airlines flight?

Sarasota-Bradenton airport is a small but active airport. Allegiant, Jet Blue and Delta already have a presence there. The new flights will give more people access to to this beautiful corner of Florida. While we can get in our car and be at a Texas beach in under three hours, the beaches in the Bradenton area, particularly on Anna Maria Island, are so much prettier.

Don’t get me wrong: sometimes a salt water fix is a salt water fix and we don’t always have the time and money to hop on a plane versus pack up the car, but Southwest has made it that much easier to get to some truly dazzling salt water.

Flights to Sarasota-Bradenton airport from Houston Hobby and Nashville are about two hours each way and about three hours, give or take, from BWI and Chicago Midway. You’ll need a car to get around in Sarasota-Bradenton. Depending on traffic, there a 30-45 minute drive between the airport and having your toes in the sand. 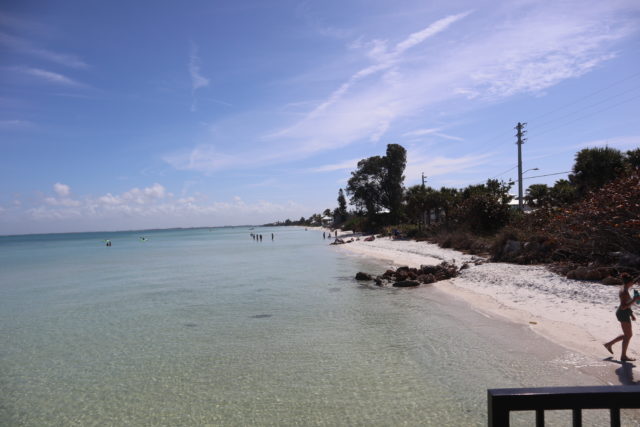 It’s easy to get to the Sarasota-Bradenton area beaches, including beautiful Anna Maria Island, with Southwest Airlines’ new direct routes from select cities.

Masks are mandatory everywhere in the airport. There are social distancing markers in the boarding area, although there is the usual bottleneck of people getting on and off the plane.

Instead of lining up by boarding group, Southwest is calling passengers up in groups of 10. This eliminates lines at the gate, although if you’re on a full flight, you stand a good chance at being less than six feet away from someone at the gate area. San Antonio International has seats blocked off, but none of the other airports I’ve been to in 2020-2021 (Houston Hobby, Jacksonville, Sarasota-Bradenton, Richmond, and Atlanta) didn’t offer this.

On my flight from San Antonio to Houston, no service was offered. On longer flights, we got a cup of water and a package of snack mix. No other beverages are available, including alcohol. You can bring your own food and beverages on but you are not allowed to drink alcohol on the plane at the present time. Flight attendants and gate agents are enforcing proper mask wear.

Southwest Airlines is not currently blocking middle seats so you cannot social distance on a full flight.

More info on visiting the Bradenton area, to include Anna Maria island here.

Happy Caturday! 🐈 We got a few pictures of Re

Are you an "I'm gonna be organized and do all the

Did you know today is "Oklahoma Day?" It is! We s

I saw two seperate conversations on the internet l