No one talked to me about post adoption depression until after we adopted.  This isn’t something I ever heard discussed outside of adoption circles.  Maybe it’s time to change that?  Here’s part of my story. 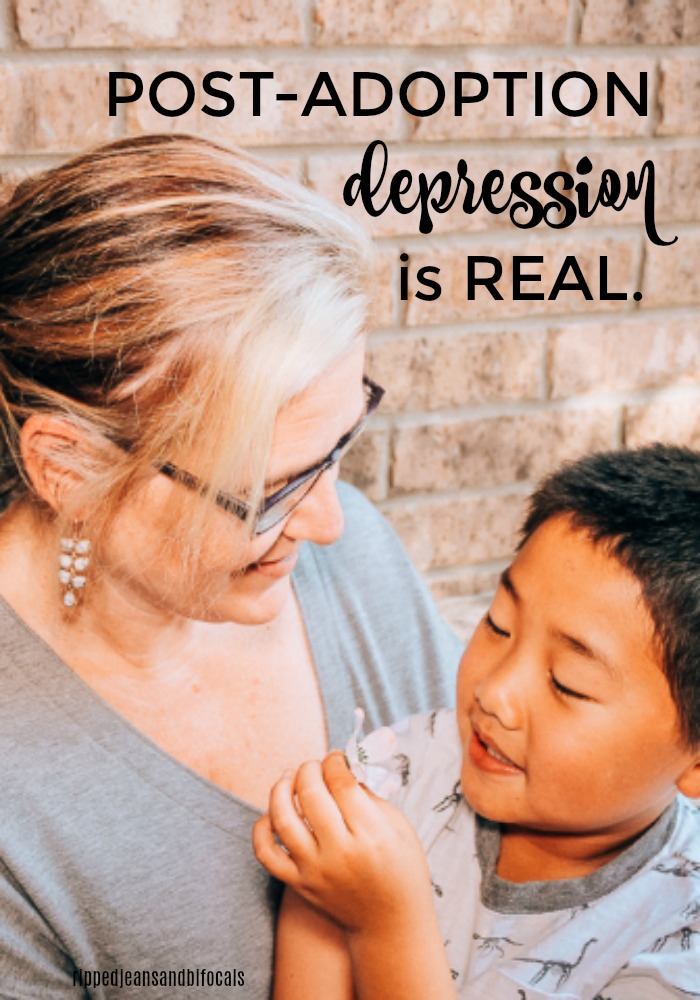 Three things you need to know about post-adoption depression

I was crying the ugly cry in my hospital room after my daughter was born. A nice nurse found me some Kleenex.  She was kind to me, patting my shoulder.

“This happens sometimes, honey. Talk to your doctor about meds.”  She discreetly slid a pamphlet into my snotty little hands:

“All About Post-Partum Depression”

Say what? I was too embarrassed to tell the nice nurse that my tears were because of the double whammy of episiotomy stitches and constipation. My hoo-hah felt like it was on fire and I hadn’t pooped in three days.  Trust me, you would cry, too.

This was in 1992. There were no Angry Birds or smart phones. My baby was blissfully asleep and I was tired of reading my 3-year-old issue of Redbook.  Bored, I flipped through the literature. I learned postpartum depression (PPD) is a clinical diagnosis characterized by symptoms of depression after childbirth, sometimes referred to as “the baby blues.”

Counting myself lucky I didn’t experience PPD, I went home. The stool softeners did their thing.  My stitches healed and my lady bits seemed to return to normal…or as close as they were gonna get.

Over the years that followed, I had occasion to meet other women who suffered from PPD and I was always grateful for the nurse who’d taken a few moments to educate me. Awareness is a good thing, people.

Eighteen years later I was a new mom again. My husband and I adopted a little boy after our daughter grew up and moved out because that whole quiet house and lots of freedom thing wasn’t working out for us.

It was 2011. Times had changed and I had Facebook and Google in my arsenal so I was instantly connected with a huge network of adoptive families who were in the same boat as us. I discovered “mom groups” and amidst the snark and judging, I learned a lot and made a few good friends.  I heard murmurs about post-adoption depression (PAD).  I heard about families who experienced stress over difficulty attaching to their adopted child. I read about the guilt and shame that went with the aftermath of “wow, we have a kid…now what?” Similar to postpartum depression…ya know… without the postpartum.

I was smug.  I was a sanctimommy, I admit it.  I thought that anyone having trouble bonding with a wanted, chosen child was doing something wrong. We brought home our son Zack from China in 2012. Things were peachy-keen. Perfect.  I was completely head over heels with this kid from day one and pretty much all I wanted to do was kiss his head.  I counted my blessings and tsk-tsk’ed at all of the moms who were complaining about feeling depressed and unable to feel attachment.

Clearly, they were doing it wrong.

My smugness partnered up with karma and snuck up to bite me in the ass. Hard.

We decided to adopt again, because the process had been so wonderful for us…and because we wanted another kid and stuff.  In 2013, we brought home another child, also from China.

This time, things were not so peachy-keen.

I expected to feel love for my new child, to be enthralled and want to kiss his little head. Yeah…no.  I wasn’t even sure I liked this kid. I’d had a picture in my mind of how my family would look after adoption. Reality didn’t match up.

I went through the motions but I felt myself spiraling into depression. I started isolating myself to hide the choking anxiety. Ashamed of my feelings, I withdrew. It was easier to do that than talk about it.

I went through the motions but I felt myself spiraling into post-adoption depression.

Many women experience anxiety and guilt after adoption but keep silent because they’re afraid others won’t understand. The symptoms (anger, sadness, anxiety and inability to concentrate) are similar to PPD but the root causes are unique to adoption:

Adoption might look like an easy path to parenthood: no stretch marks, hemorrhoids or other gross stuff. The flip side is that not all adoptive parents enjoy bona-fide “new parent” status. Family and friends said things like:

“You should have known what you were getting in to;” and

“You wanted this. Be happy he’s got a family to take care of him now.”

I saw myself as a new mom, but the rest of the world didn’t treat me like one. I didn’t have a colicky baby. I wasn’t struggling to learn to breastfeed. People thought I should just be my usual self. I am responsible for keeping up a brave face because I assured everyone that we were doing fine…just fine.  But really, I don’t think anyone wanted to hear otherwise.

Spoiler alert: I was not doing fine. Not. At. All.

Adoptive parents fantasize about the moment they meet their baby for the first time. We expect adoption to be a happy time. The waiting is over. Our pre-adoption parenting classes focus on how to help our child feel safe and secure with us, not the parents’ feelings for the child. I never thought I would be that parent who couldn’t attach. But, I was.

Struggles with infertility or uncertainty over dynamics with the birth parents may linger after a child is placed. Adoption has few absolutes. Adoptive parents worry over what could go wrong. Holding a new child for the first time doesn’t make those fears melt away.

If someone in your life has recently adopted, watch for signs of stress or withdrawal. Ask if she wants to talk.  Offer to bring dinner. Better yet, just bring it.

I rowed alone and it was hard. I can’t really put into words how hard it was. If someone would have acknowledged I wasn’t in a great place and helped me talk through it, I might have gotten back on track faster.

I’m in a good place now, but I can’t help but wonder how much less of a struggle it would have been if I’d felt comfortable just opening my mouth and letting someone know I was hurting.

If you have an “Adoption” board on Pinterest, here you go: 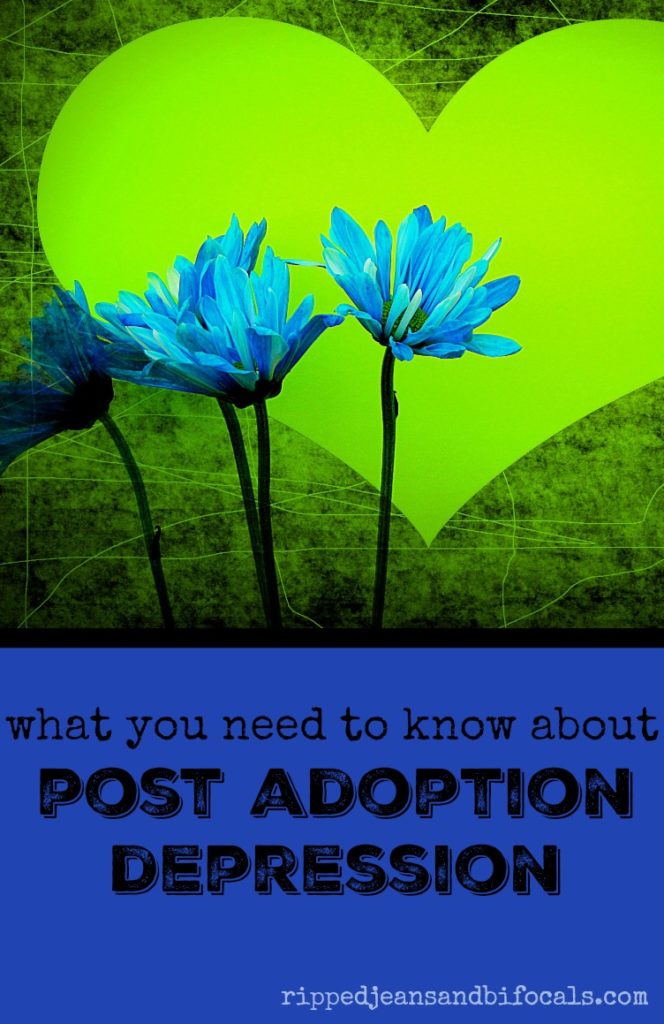 Why adoption makes us parent differently

7 things I learned about adoption during the first month home