Most people regard adoption as a happy thing. Just look at the Internet: We see memes and status updates and blog posts peppered with “chosen” and #blessed.

And while (for the most part) adoption is a happy thing, it can also be a very difficult thing, in a way bringing a child into your family the “usual” way isn’t.

Raising humans is just tough sometimes, right? No matter how you arrive at motherhood, it’s stressful and messy right alongside fulfilling and joyful. Parenting is complicated. Adoption sometimes adds an extra layer of complication.

I’ve been exposed to adoption all my life. My brother is adopted, and so are three of my cousins. Growing up, adoption was just something I accepted as part of how babies come to be in families.

7 lessons I learned about adoption during the first month home

I’ve carried on the family tradition, although that was a more of a late-in-life twist than part of “the plan” all along.

I have three kids: two adopted from China and one biologocal. We adopted in 2012 and again in 2013. Life is pretty normal now — whatever that means — but I’ll always look back on our first few weeks home with our newly-adopted kids and compare it to surviving some kind of parenting boot camp or extended sorority hell week… neither of which I was up for in my mid-40s.

Here are seven things that I learned about life, adoption, and myself during the first month home:

If you hear someone talk about post-adoption depression, don’t roll your eyes or dismiss them — it’s a real thing. The life changes, upheaval and the sometimes anticlimactic settling into “regular life” after the buildup of the adoption can be a catalyst for depression and anxiety.

And if you’re the adoptive parent experiencing those feelings? Don’t keep silent. Don’t think “it’s nothing.” Talk to someone. Don’t dismiss your own feelings.

Amazon’s Baby Registry has an adoption option when you sign up. If you are in the process of adopting, sign yourself up! If you know someone who is adopting, share this with them and help them sign up.

2. I needed people to treat me like a new mom…

…and it was disheartening when they didn’t.

I understand adoption isn’t the same as pushing a whole person out of your hoo-hah, but there are similarities. 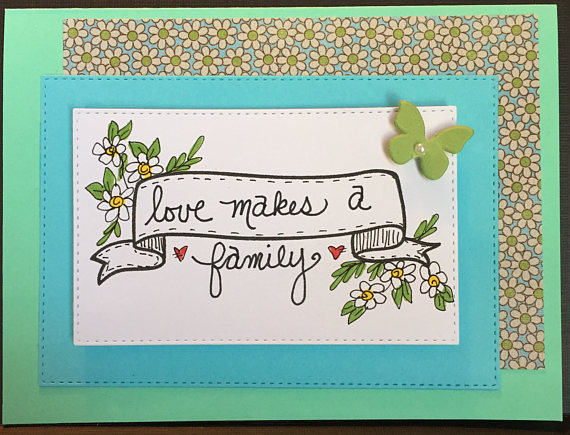 A welcome-home shower or even just a couple of casseroles would have made all the difference to me. I wish I’d have spoken up and told people I needed that kind of support. A card or a note is never the wrong choice. I love this beautiful adoption card you can order from Etsy – I think this one is my favorite.

3. I learned who my real friends were – One of the things I learned about adoption that was hardest to digest

Adoption changed my friendship landscape. Friendships that were rock-solid before my two boys exploded on the scene, slowly fizzled. The person who was the most present for me was someone with whom I hadn’t thought I had much in common with. Because she was one of the few people that didn’t bail, I got to know her. As it turned out, we actually have plenty in common after all.

4. It doesn’t matter how you arrive at parenting — parenting is freaking hard.

Dealing with sleep deprivation, a grocery store melt-downs (OK, maybe yours) and trying to keep track of all the tiny little socks that have invaded your washing machine is hard. Adjusting to becoming a parent (or becoming a parent again) is not for the faint of heart.

I had a little bit of a Pollyanna-ish view of what life after adoption would look like. I was an experienced parent, and we weren’t bringing home infants. How hard could that really be?

Yeah. The Universe is having a good ole chuckle about this.

Related: If you want to really up your game when taking someone a casserole, check out this custom baking dish

5. Insensitive comments and nosy questions bothered me way more than I expected them to.

I got the “Why China and not an American kid?” and “It’s so great that you’re saving a child” comments aplenty while we were waiting to finalize our adoption.

I had my canned responses which fluctuated between “MYOFB” and and eye-roll but things were different once we had the actual kid. I guess people were curious about our decisions and the makeup of our family — people we knew casually and strangers at the supermarket alike.

Maybe it was because I knew my kids at this point, and the questions about our motive to adopt or the birth mother’s decision struck a nerve. Maybe the wonders of new motherhood (also known as massive sleep deprivation and depression) heightened my sensitivity, but I didn’t expect people’s words to upset me so.

6. I should have read the attachment books.

Our pre-adoption parenting class glossed over attachment and bonding. We got a recommended reading list, which I never bothered to read. I thought the suggestions were over-the-top and too “new age” (skin-to-skin, cocooning (as in staying cloistered in the house with the child and not allowing visitors) and baby-wearing) and I was confident in my ability to bond with my children. I knew what I was doing.

As it turns out, I should have peeked at those books. While both of my adopted children attached to me relatively quickly, I had difficulty attaching to one of them. The maternal feelings were slow to come, and the guilt, pain and frustration of not feeling instant love for my child child spilled into other areas of my life.

While I wish I could turn back time and tell four-years-ago me these things, life doesn’t offer do-overs like that. If only, right?

7. I am the mom – Probably one of the most important things I learned about adoption

I learned that asking for help and advice was humbling and sometimes necessary. But at the end of the day, I am the mom. Not a perfect mom but a damn good mom. I learned to trust my instincts, own my parenting decisions, even when I feel like I don’t know what I’m doing…which is often. I learned to how to be okay with being wrong and learning how to change course when I needed to.

I learned a lot of things about adoption but more importantly, I learned a lot about myself through bringing these children into our family. The most important lesson, reinforced, is that you can never know all the things — and that little things matter a lot.

Adoption was second choice but it isn’t second-best. Whether you’re an adoptive parent or someone who is close to an adoptive parent, I hope you’ve gained some insight by learning some of the things I learned about adoption during the first month home. 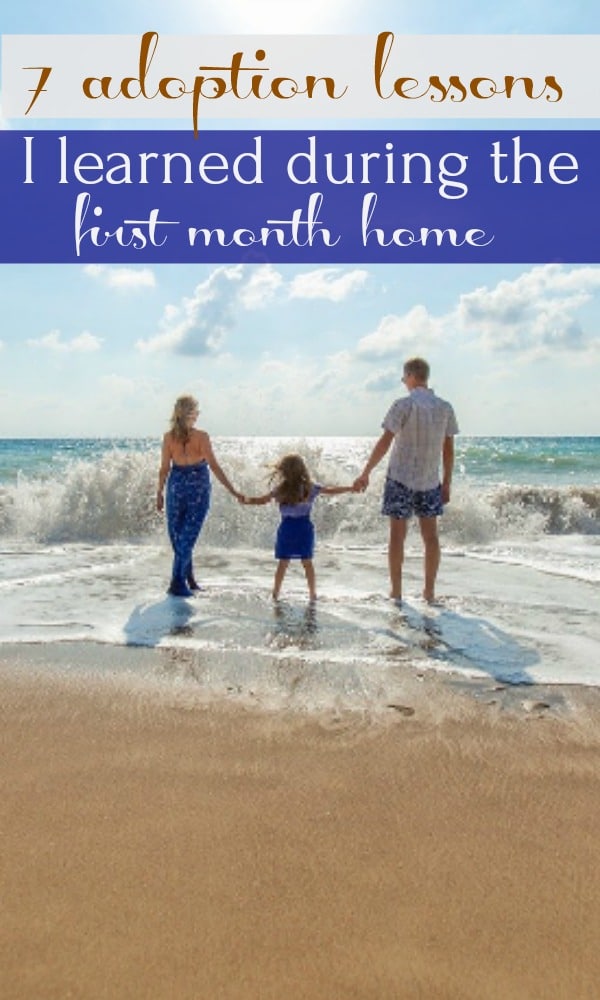