I’m a white mom. I live in the suburbs. In a good neighborhood. I can’t fathom the need for self-defense on my routine trips to Target and the grocery store. Needing to protect myself to that degree is so far from my normal realm of thought I can’t even imagine it. I know I’m lucky. Privileged, even.

The first time I heard the phrase “white privilege” I rolled my eyes. It was in an online conversation about maternity pants. Someone in one of my mom forums was upset because the stretchy panel in her maternity pants was “flesh colored.” She posted a picture of the offending pants with a caption of “this is a perfect example of white privilege.” Then the conversation turned to bandaids and what it meant to people of color when “flesh color” was always “white.”

I thought my online friend had too much time on her hands or maybe she just liked to complain a lot. Come on…maternity pants? For the record, I had one pair of maternity jeans and the stretchy panel was black. I had to think on this for a minute because it’s been a long time since I was pregnant and I don’t recall the color of the material no one saw as being something that even registered on my radar.

I’ve heard the term white privilege tossed around many times since but I’ve never really “got it” until today. I guess I haven’t needed to.

Or maybe I did.

Like many Americans following the news today, I’ve read the story of Philando Castile, a Minnesota elementary school worker whose girlfriend live streamed from the scene of his shooting. I don’t have all the details that I’m sure will surface in the coming days and weeks but it looks like Castile was shot at close range by a police officer as he was trying to retrieve his ID after being stopped for a busted tail light.

When I first read about this shooting, I passed it off as something that didn’t have very much to do with me. People shoot each other all the time in this crazy world we live in. Horrible things happen. People do terrible things to each other and I’ll be honest here: most of the time, I can’t bear to look. I don’t watch the news and most of the time, I skip on by the ugly things I see on social media and focus on the touchy feely stories and cat videos.

But today, as I scrolled through Facebook I kept seeing one name pop up, over and over. Philando Castile. I watched the video. Like everyone else who has watched the video, I only saw one snapshot in time.

But that was enough.

I kept seeing post after post on this shooting. Everyone had something to say. Most were outraged. All were saddened. Some urged us to “do something.” I must have read about 50 posts today responding to the Philando Castile shooting. I don’t have the answers. If I can “do something” I really don’t know what that is. But I know this:

If I look into my rearview mirror and see flashing red lights, I’m not afraid. I probably have an “oh shit” moment but I have zero fear that I’ll be harmed or even harassed by a police officer. I’m a nice white lady in a minivan with crushed Cheezits all over the floor in suburbia U.S.A. I might walk away with a ticket or maybe just a warning. No police officer is going to perceive me as a threat or a problem. Of that, I am absolutely certain. I don’t know what it feels like to have a law enforcement officer – or anyone – perceive me as a problem based on what I look like. I don’t know what it’s like to be hunted or profiled.

And that right there is white privilege. It’s the knowledge that being a victim of police brutality is probably never going to happen to me. This has nothing whatsoever to do with bandaids or maternity pants…but that makes a little more sense to me now, too.

I don’t have all the pieces of the puzzle, but I don’t think Philando Castile needed to die this week. I have a hard time believing he did anything that warranted being shot multiple times at close range while a little girl sat in the backseat. I can’t imagine the need to wave a loaded firearm at a dying, unconscious man and a woman armed with a smart phone who was doing her absolute best to be cooperative and polite.

I don’t have all the answers but I have a better read on white privilege and what it really means. I know that if my white husband had been the one pulled over for a busted tail light that odds of him getting shot are almost nonexistent.

A man I don’t know who died two days before his thirty-third birthday has had such a profound impact on me. It means more than something ugly on the news. I don’t know if walking away less tunnel-visioned here in my white, suburban bubble means anything to anyone else but it means something to me.

Philando Castile was someone’s son. Someone’s love. Someone’s friend. I hope the people that love him and grieve his loss find some answers and some peace.

Thank you for being here, friends. 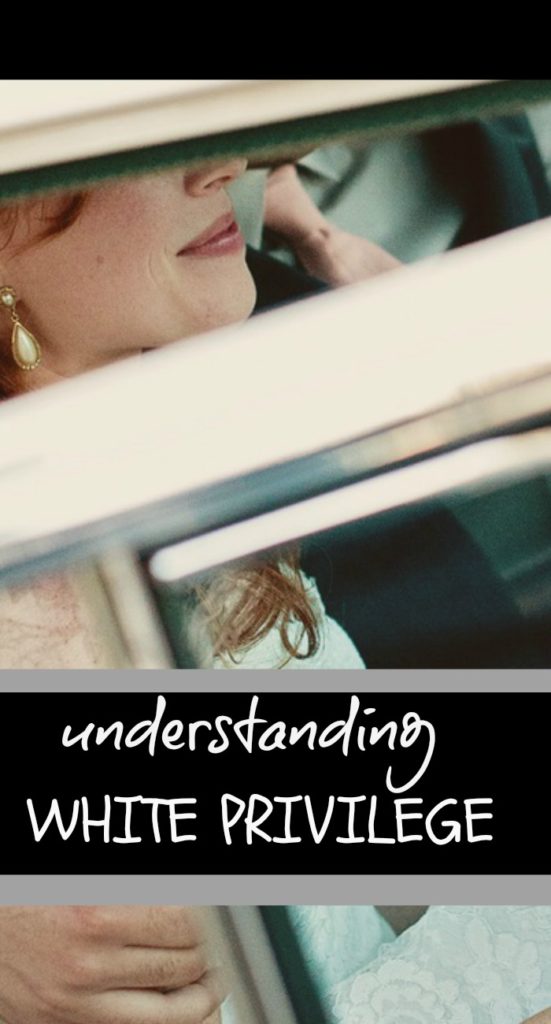