The first story I ever wrote was called the “A Little Elf.” I told it to my mom who used to write down the funny stuff I said and the stories I’d tell. All of my early wisdom is in a spiral notebook in a box somewhere, getting ready for the highest bidder when I become super rich and famous. I’m kidding. Maybe.

I wrote sporadically through childhood and early adulthood. Short stories, angsty poetry, stuff like that. In high school, I wrote a series of “alternate ending” love stories about how a famous rock star ended up with various heroines loosely resembling me. And no, I’m not gonna spill the beans about which famous rock star because I’m happily married and it would be just awkward if he came knockin’. Which he totally would if he read my stuff and knew I pined for him when I was sixteen. Ahem.

I started blogging in 2011 as a way to chronicle our adoption story and continued it because it was cathartic as I struggled with what was probably an undiagnosed case of post-adoption depression. I kept writing because…well because I like it. It grounds me. I have stuff to say.

I started submitting to larger sites in the summer of 2014 to get more eyes on my writing. Most of you who are reading this probably found me on one of those sites and that’s awesome sauce. Yes, I said awesome sauce. Sometimes urban slang is just fun.

Putting your story out there on the internet makes you vulnerable.

But here’s the thing: putting your story out there on the internet makes you vulnerable. I’ve heard a lot of bloggers complain about “Internet Trolls” which usually elicited a giant eye roll from me. Is giant eye roll a skill? I’m working on my Linked In profile and I’m thinking there would be a crap ton of people who’d indorse me as an expert eye roller.

Read here to find out more about internet trolls

Anyhoo…I always thought those folks who complained about “trolls” were too sensitive. If you’re gonna put yourself out there, you need to be secure with yourself and be able to shake it off if a reader disagrees with your stance on potty training, organic foods, 50 Shades…or whatever.

Crying because someone disagrees with what you wrote? Please. Put your big girl panties on and suck it up, buttercup. If you get upset every time someone doesn’t love what you write, you’re weak and you probably just stay off the internet. Right?

Maybe I was a little harsh.

In the past month, I’ve started blogging for the Huffington Post. I’ve been published by On Parenting, the Washington Post’s parenting vertical and by Babble, Disney’s parenting website. I’m very lucky and humbled that these sites have published my words and I’ve gained some new readers. Maybe that’s you.

But not everyone is nice.

I consider myself to be fairly thick-skinned. I’ve been around a minute. I am not easily shocked or offended and it’s pretty hard to hurt my feelings. Right? Maybe not. Some of the comments on my recent writing and some of the emails I’ve received have been…well, mean.

I don’t write controversial or inflammatory stuff. I write about , motherhood and midlife and how those entities collide. I steer away from anything hot button. I don’t whine or preach. The best feedback I’ve gotten on my blog was from someone who knows me well: “you blog like you talk.”

I wrote about Costco.  I got emails bashing me for not supporting small businesses. Really? On the upside, I also got a selfie of some dude while he was shopping which was a little weird but hey, it’s all good. Someone sent me a picture of their new Costco membership forms. I swear they didn’t pay me to write that stuff. I just really love Costco…it’s the hot dogs. 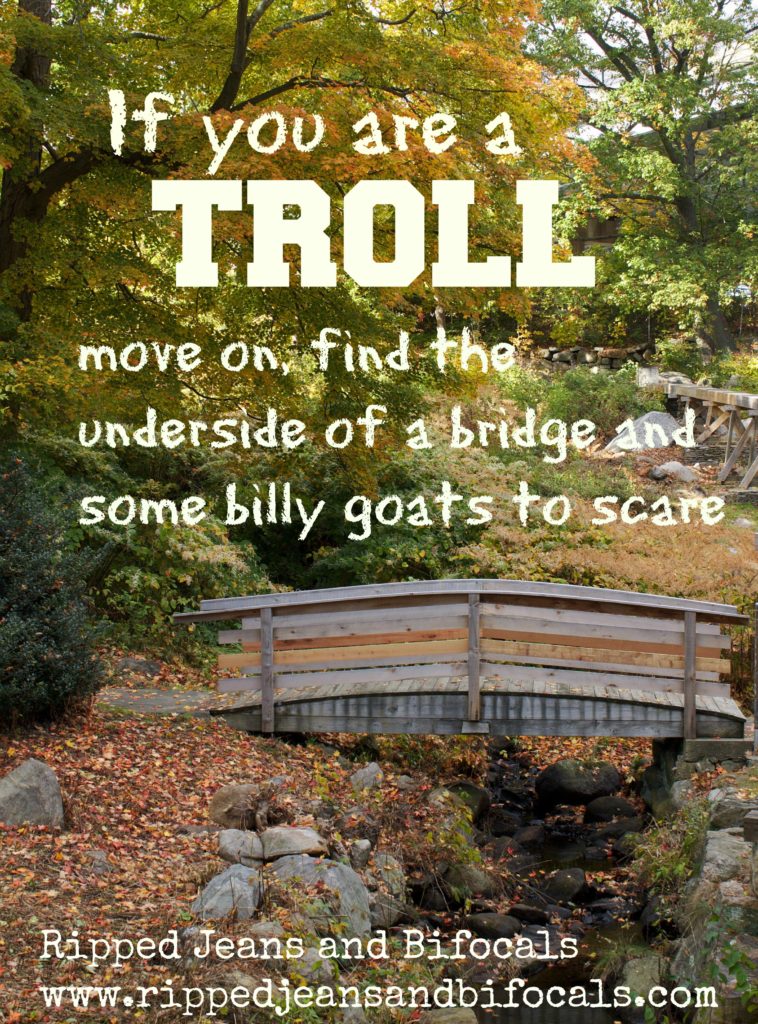 I wrote about parenting clichés. I got called a bitter, friendless bitch. Ouch. I wrote about urban slang. I got an email calling me a racist and a shitty writer. How for the love of Mike could someone get racist from making fun of “totes adorbs?” I have no clue. And the shitty writer part? Clearly, that chick had zero taste. Ahem.

I wrote about over-40 parenting. I got called selfish because I’d “die and leave my kids orphans.” I got comments from twentysomethings detailing how I’d embarrass my kids with my advanced age. I didn’t burst any bubbles…they’ll figure out all parents embarrass their kids about something. It’s part of why we have kids, right?

My writing is all pretty personal…and while I’m mature enough to realize I’m not everyone’s cup of tea, some of these comments and emails people took the time to send…well, they hurt my feelings. There, I said it.

I talked to one of my editors about this because I was upset. She told me “the first rule of fight club is never to read the comments.” Okay, she might not have actually said fight club. But, I like reading comments. I like to absorb what people thought or felt when they read my writing. I like to comment back when I can, because I like engaging with people who are kind enough to read my words.

People have free will. I know that by giving the internets a window in to my life I’m opening myself up to scrutiny. My litmus test for writing is whether my mom or my pastor would be freaked out by what I write…and I’m pretty sure they’ve both heard every colorful word I’ve thrown out there.

If you’re an internet troll, well….there’s not a whole lot I can say other than move on and find the underside of a bridge and try to scare some billy goats…I don’t have anything for ya.

If you’re a blogger, keep hitching up those big girl panties and keep smiling. The internet isn’t always a welcoming place to be and you’ve gotta find your own mojo to deal with it. Stay classy.

Readers, I’m glad you’re here. I hope you stick around. I really enjoy writing and connecting with you. I write for my own sanity most of the time, but the fact that you like it too…well, that’s just gravy otherwise known as awesome sauce. 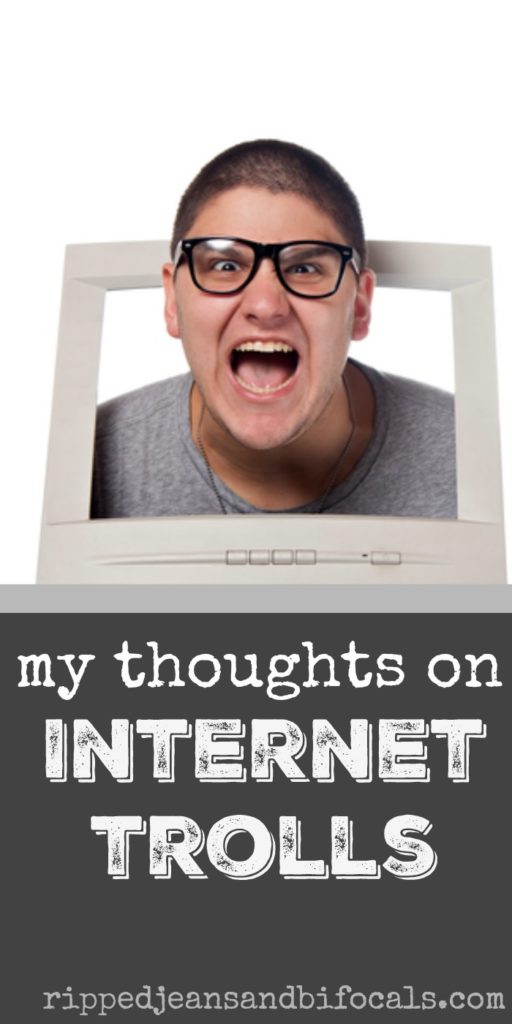