This post was originally published in December 2014. And, we are still elf-strong. Enjoy.

Hi, I’m Jill and I’m an elfer. I’m a half-ass elfer, which means my marks for creativity in elf placement would land me a solid C minus. Luckily, my kids are young so they’re entertained by the simple fact that we have an elf in the first place.

I don’t put a lot of time or creativity behind nightly elf antics unless you count posing him next to an empty bottle “Seriously Bad Elf Ale” with a naked GI Joe and an empty box of Trojans. Then yes, I’m the queen of elf posing, but that was for my own entertainment. My kids are enthralled just to see him move from the shelf to the kitchen table. The magic of Christmas and stuff, you know. 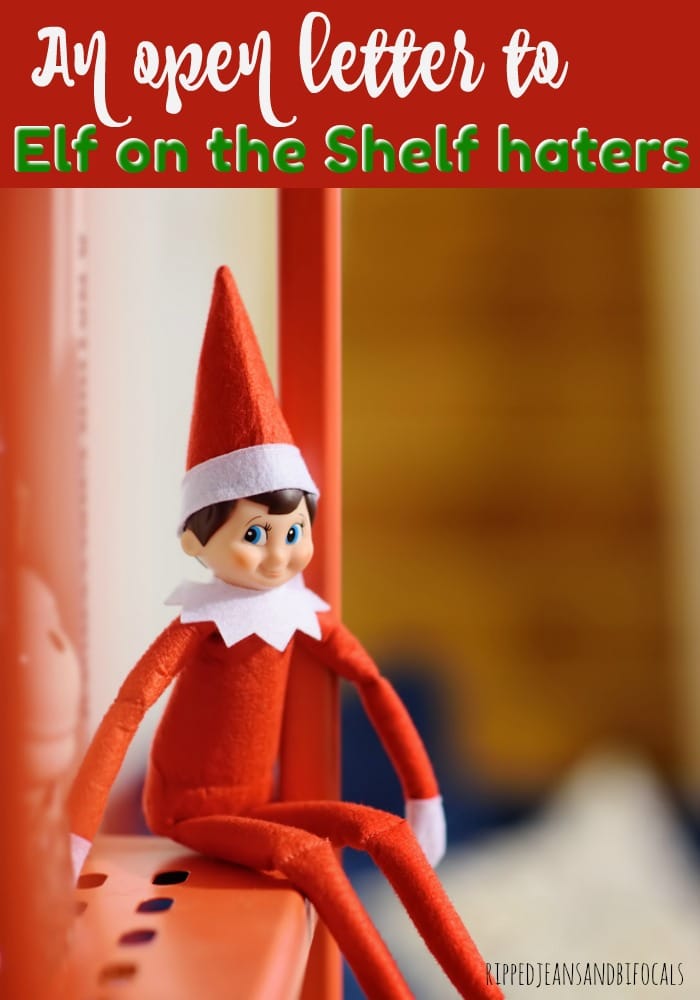 I’ve been noticing a lot elf haters hanging out in my Facebook feed lately. Back in 2011, it seemed like everyone who was anyone had a shelf elf. Okay, maybe just people who had kids, but you get my drift.

Maybe the elf was so popular because it was the latest “in” thing. Maybe it was because all the cool carpool moms were doing it. Most people saw the elf as a fun thing for the kids, although there were those Pinterest-crazed over-achievers (we all know one, right?) who got outta control and made us half-ass elf moms look bad.

Here’s why we love the Elf on the Shelf

I’m not sure if elfing is just “so last year” or if the world has just gotten a little too uptight, but here are a few reasons the elf stays on our shelf:

My boys are four and they sort of remember their elf from last year. The looks on their faces when they woke up on December first and saw their little elf pal perched on top of their backpacks (told you I wasn’t creative) were priceless. As the month gathers steam, they’ll bounce out of bed and look for their elf. They’ll laugh their heads off when they see he’s moved four inches over from the night before, although most of the time I’m having that “DOH! I forgot to move the elf!” moment right about the time they’re waking up.

Here’s why we love the Elf on the Shelf

2. It’s fun for the grownups

My husband and I have fun with the elf (not that kind of fun, get your mind out of the gutter.) I’m not very imaginative but hubs has been known to bust out some creativity now and then. It’s really cute to see my gruff “guys guy” crafting elf fishing poles from soda straws and paper clips so the little guy can fish for goldfish crackers out of a cereal bowl.

Heck yeah, I use my elf as a threat behavior tool. I’m all about “the elf is watching and he’s gonna tell Santa if you don’t stop trying to shove that Nerf dart up your brother’s nose.” Empty threats of no presents or switches and coal in your stocking? Check. That’s what the holidays are all about! Truth be told, I’m busting out the “Santa’s watching you” line by Halloween. It’s a parenting strategy that works for me more than 50 percent of the time.

There are naysayers out there that think it’s damaging for kids’ psyches to have parents make Christmas presents contingent on good behavior. Get a grip. I grew up with a healthy fear of Christmas getting cancelled if I didn’t mind my P’s and Q’s and I survived. They will, too.

Yes, the elf on the shelf is a relative newbie on the Christmas block but what’s wrong with starting something new? Elf mania started to take hold right about the point where we became a family and it’s a tradition we picked up and ran with. Sure, it’s not as time-honored as ugly sweaters, drinking too much eggnog and hanky panky under the mistletoe but my kids associate their elf with Christmas.

And to all of you out there who nix the idea of an elf because “he’s so creepy” I say Bah Humbug – it’s not Christmas without creepy. We’ve been plopping our kids on the laps of bearded strangers at the mall for years. “Go on, little Susie. Tell the nice man what you really want and nevermind that his breath smells funny…that’s just Santa’s special medicine.” 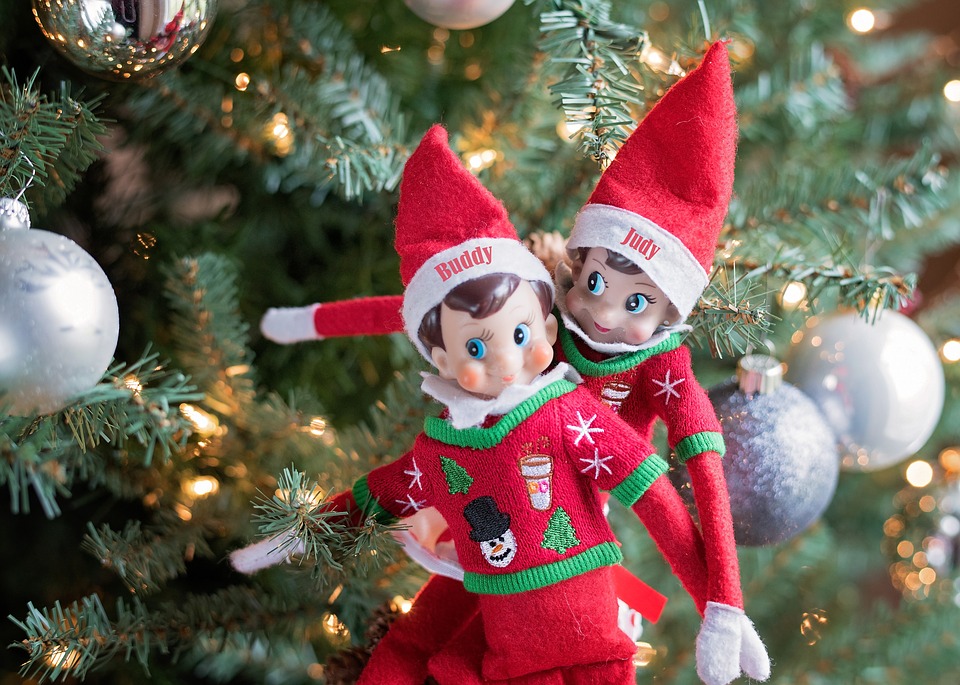 Okay yeah…Buddy and Judy are a little creepy looking but, whatever.

And, you know what’s really creepy? The Grinch tucking Cindy Lou Who in bed so he could rob her family blind. Compared to that the little dude in the red felt onesie is a boy scout.

Merry Christmas and elf on, y’all! And, if the elf isn’t your thing, then it’s not.  I totally get not wanting another mythical creature in your life. But, it’s fun for us and a lot of other families out there, so if you’re on the elf-hating bandwagon, you might want to just ease up a little, m’kay?

« 25 New Year’s Eve Activities You Can Enjoy with Your Kids
Six Family-Friendly Things to do in Gonzales, Texas »