Maybe it sounds petty but I’m bummed that I never had a baby shower or an adoption shower. Part of me knows I should get over it but another part of me knows I’ll never let it go completely. We’ve had a lot of adoption hurdles: finances, depression, relationship struggles, difficulty in attaching.

And I’m still butt hurt about the baby shower. It kind of feels good to admit it.

I have three kids, and I’ve never had a baby shower.

Editor’s note: This post was originally written in 2014 and has been updated. 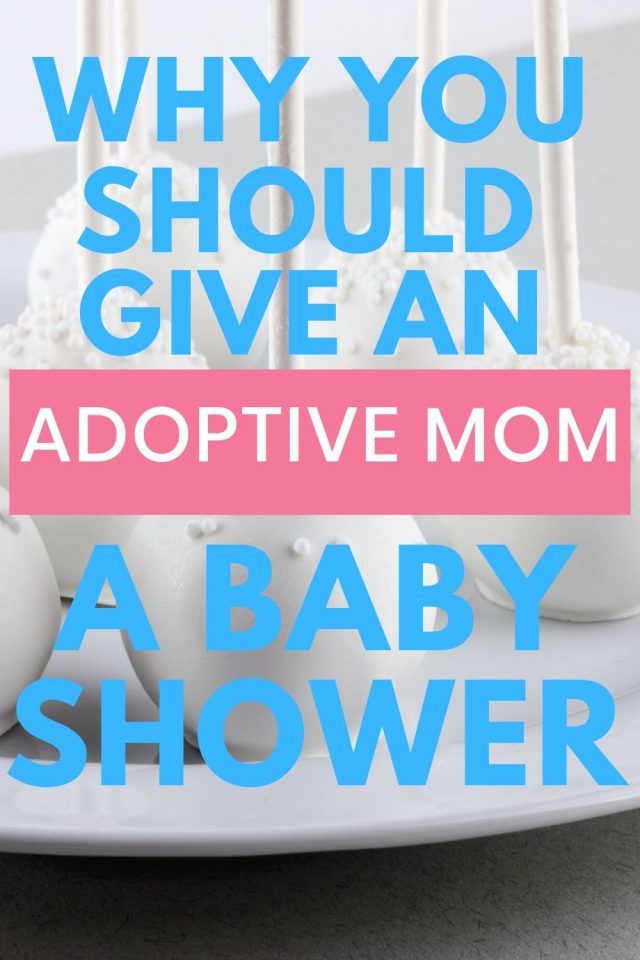 Disclaimer: We are a participant in the Amazon Services LLC Associates Program, an affiliate advertising program designed to provide a means for us to earn fees by linking to Amazon.com and affiliated sites.

My daughter was born in 1992. We adopted our sons from China in 2012 and 2013 at the ages of two and three, respectively. I have a twenty-two year old and two preschoolers. Life is loud and a little crazy. (If you want to draw my attention to the age gap between my oldest and youngest or tell me I have my hands full, got it.)

Our family’s adoption story…some of it, at least

When I was expecting my daughter a gazillion years ago, I had medical issues late pregnancy that put the brakes on partying. I got gifts and cards but I was bummed I didn’t experience the “diaper cake.” You know, the one made from Pampers and baby washcloths (I really hate creative people who can do that stuff and make it look easy but I still wanted one. There, I said it.) There were no “oooohs” and “ahhs” as I tore open packages adorned with pink and blue ribbons packages.

No one made sherbet punch in my honor and I didn’t get to play the diaper pin “don’t say the B word” game (B is for baby, not the other B word.)

When we brought our boys home, we didn’t get the fanfare that usually goes with the arrival of a child. Between our two boys, I can count the number of presents and cards we got on both hands. It’s not that we don’t have friends. I don’t think it’s not that people don’t like us (at least I hope people like us.) It’s because we treat adoption as different, especially older child adoption.

When a woman is expecting, we trip over ourselves to be nice. We ask her how she’s feeling. Okay, sometimes we try to scare her with stories about nightmare pregnancies but normally our exchanges with moms-to-be are positive. We tell her she’s glowing and all sorts of happy crap.

When the baby comes out the family gets flowers, balloons and more presents. Tuna casseroles and Bundt cakes out the wazoo give sleep deprived parents a break from figuring out where the heck dinner is coming from.

Ask an adopting family if they are registered anywhere.

If the answer is no, ask them if they’d like help signing up or if they want you to register them. Amazon’s Baby Registry can be used for adoption and it’s easy to modify and select gifts more appropriate for an older child.

Adoption a child isn’t the same as having a child. Right?

We don’t always see a child joining a family through adoption as celebratory. The diaper pin game is not everyone’s thing, I get that. But why aren’t adoption showers more common?

The most important thing in world to an adoptive mom-to-be (and yes, she is a mom-to-be) is the child she’s bringing to her family. She might not have swollen ankles and her skinny jeans still zip. But she is stressed, excited and “I wanna throw up” scared all at once. She has a long list of stuff to do before the big day. She worries about being a good mom, balancing the needs of her new child with other stuff in her life and if her relationship dynamic with her husband will change.

Considering giving an adoption gift? Check out these ideas.

Right after (and I mean right after) our first son came home from China, a my husband’s boss’ wife asked me to help organize meals for a new mom (This went over like a fart in church by the way. There had been exactly zero meals brought to our door when we arrived home the week before (yes, the week before) with a freaked out two-year old.

Said two-year-old was not super clear on who I was at this point or why I kept making a big deal out of that blue box of mac n’ cheese. Our adjustment was rough. Trying to beat jet lag with a jet-lagged toddler made for some tense moments (and a couple of freak-outs over running low on Diet Coke. )Asking me to help a new mom while not recognizing I was one made me feel all kinds of negative emotions and that I was unimportant.

One month after our second adoption, there was a lavish on-the-clock baby shower for not one, but three of my coworkers. My “new baby” was three, and while I get that it isn’t exactly the same thing, it would have been nice to be celebrated, too. I tried to put my big girl panties on and attend this shower.

I lasted five minutes, bolted during the “I have the best coworkers in the world” speech and spent the next half hour locked in my office crying. My colleagues were stunned that I was upset and were appropriately apologetic. They didn’t mean to exclude me; they just didn’t think of me as a new mom. It was awkward.

Because adoption is different.

Intentional or not, these slights stung tremendously. It’s not about presents or cake (although I really love cake.) An adoption shower is about recognition of a milestone and celebrating families. I still feel twinges of envy and hurt when I get a baby shower invite. If my friends would have known a shower was important to me, things might have played out differently. I’ve struggled to make my peace and move on.

Related: 10 pictures that prove fatherhood is about love, not DNA.

What you should do the next time a friend announces an adoption – Consider an adoption shower.

Think about this next time a friend announces she’s adopting: adoption is deliberate. The sheer amount of paperwork boggles the mind. If you’re teetering on the brink of crazy, this will drive you over. Adoption is usually a “shout from the rooftops” kind of big deal; treat it that way. Whether or not you organize an adoption baby shower or take part in one, be interested. Ask how things are going.

And no, questions like “do you really know what you’re getting in to?” don’t count.

Don’t point out how lucky she is to keep her figure (besides, the tales I could tell about pre-adoption stress eating are epic). You might not know what road someone traveled to get to adoption. Maybe you’re saying “poo, you’re doing it the easy way” to someone who thinks doing the deed and incubating for nine months is an easier option.

Don’t assume a family who is adopting doesn’t want an adoption shower or celebration, even if the child isn’t a newborn. A child joining a family that will love them FOREVER is cause for some cake. Maybe even a balloon or two.

If you’re in doubt, ask the family but most will appreciate some sort of recognition. 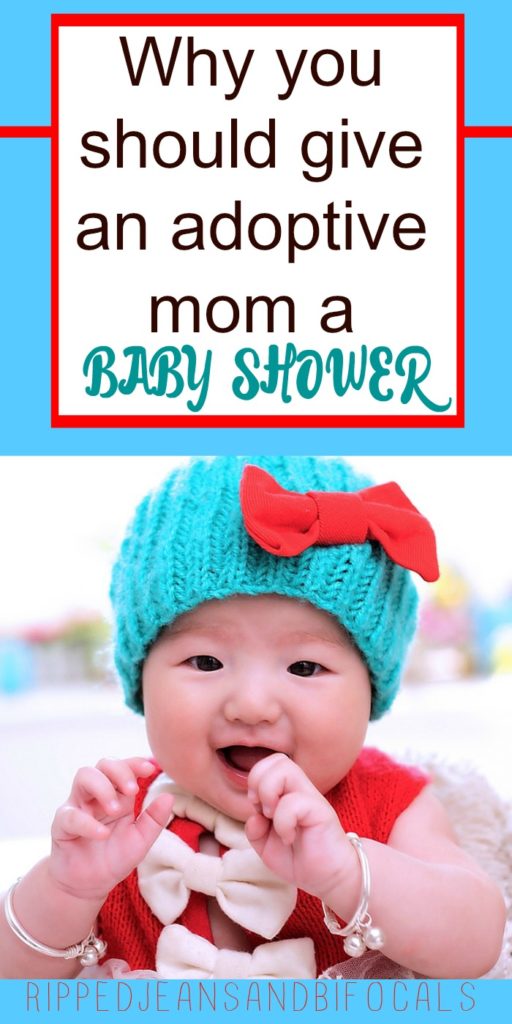