If your question is “Does Uber work in Madrid?” I have answers. Sort of. I am a big fan of using ride sharing apps like Uber and Lyft at home and when traveling domestically. I used Uber for the first time abroad last week and I want to share my experience for people who might be searching for info about using Uber at Madrid Airport. I’ve got some insight on using Uber in Madrid and I’m sharing everything I know.

Can I Uber in Spain? Using Uber at Madrid Airport

I’m going to work with the assumption that everyone has a healthy grasp of how ride sharing apps like Uber and Lyft work.

If you want more of a breakdown, to include how to use ride sharing with kids in tow, check out this article.

Does Uber work in Madrid? Uber is in Madrid – the signs say so

One of the first things I noticed when I got off the plane at Adolfo Suárez Madrid–Barajas Airport – airport code MAD – was signs advertising Uber’s presence. This got me curious about using Uber in Madrid.

I’ve never use ride sharing outside the United States, and I was instantly curious. All things marketing intrigue me and it was obvious that someone has invested some money in to getting this service in front of people coming into the airport and giving travelers info about using Uber in Madrid. 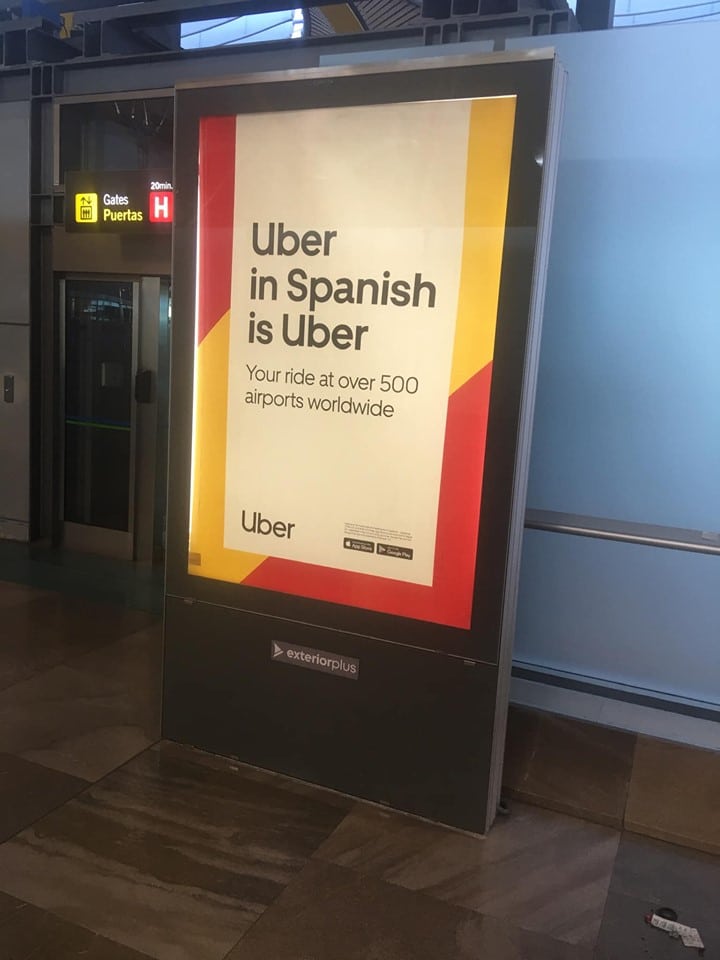 These Uber signs were plentiful all over the Madrid Airport.

You might also like: Traveling from the United States to Spain in 2021 – What you need to know

Where is the Uber pick up point at Madrid Airport?

That’s something of a mystery – at least for now. I’ve exhausted the internet and I’m trying to find out from other travelers exactly where the ride share pickup point is at Adolfo Suárez Madrid–Barajas Airport.

A basic internet search for “Uber in Madrid”  and “Does Uber work in Madrid” turns up lots of information on how to find a taxi at the airport, which is pretty much a no-brainer. Follow the signs for the taxis and you will find the taxis.

Although there are lots of signs that advertise Uber in Madrid, I wasn’t able to find anyone who was able to tell me where I could go to summon an Uber. If you’re unfamiliar with using ride sharing at airports, just know there’s typically a place where ride shares are allowed to go and it isn’t usually the same place where buses and taxis can pick up passengers.

But this is where I think it is: 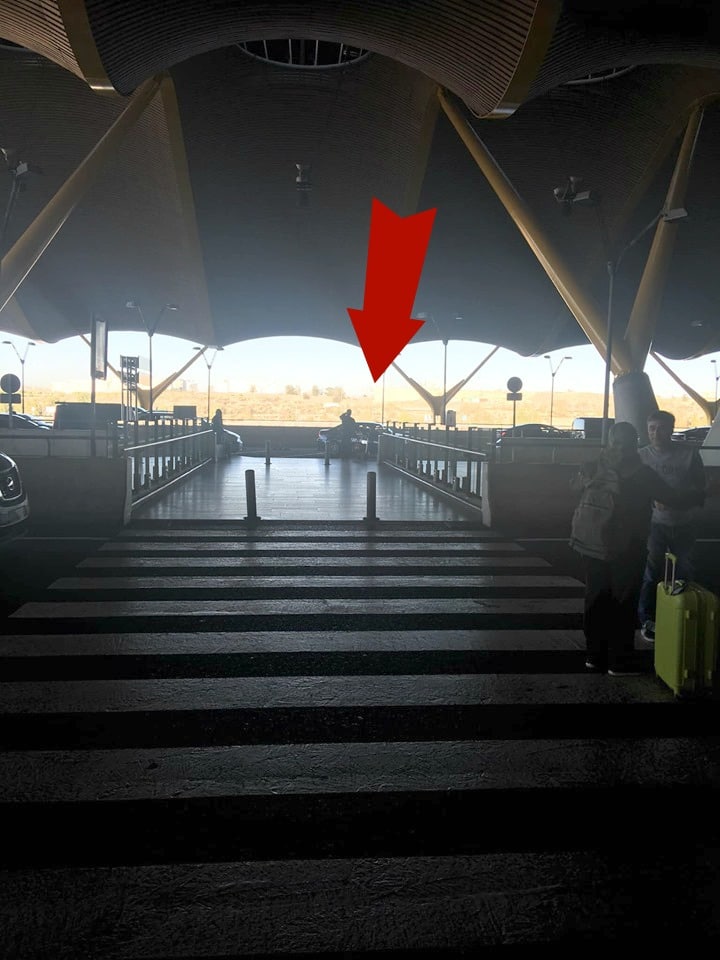 Not a great picture and I’m pretty sure the people with the yellow suitcase thought I was a stalker but you get the idea. This is my best guess on where you go to summon an Uber at the Madrid airport

I know…it’s a bad cell phone picture but you’re going to have to excuse that. The lane directly in front of me is where the taxi line was. The lane just ahead of me is where my Uber driver dropped me off.

I didn’t see any signage over there about Uber in Madrid pickup. I’d planned to ask my Uber driver this question since I hadn’t been able to find the pickup point when I’d left the airport and ended up giving up and taking a taxi. The language barrier didn’t work in my favor. My Spanish is very basic and he was kind of an old grumpy guy and didn’t want to play charades with me, so my knowledge of Uber in Madrid has some holes in it.

Does Uber work in Madrid? My experience using Uber at Madrid Airport

I arrived in Madrid on a Spanish domestic flight in the early evening and left out at lunch time the next day. When I couldn’t figure out where the Uber pickup point was, I got impatient and went to the taxi stand. Taxis are very plentiful and have been the other times I’ve been to this airport. I used the taxi to go to my hotel that was about four miles away and paid 24 Euro.

I decided I really wanted to check out Uber in Madrid, so I decided to Uber from my hotel back to the airport the next morning. I was comfortable that my Uber driver would be able to find me standing in front of my hotel.

I had the same experience using the Uber in Madrid as I did in the United States. I did get a pop up message informing me that there was a Spanish requirement to do a one-time entry of my passport or national ID card number. I went ahead and did that – not sure how the app would have responded if I just put in random numbers or if the systems are linked somehow to verify that it’s really me but I did put my real passport number in.

Otherwise, using Uber in Madrid was an identical experience to using Uber in the U.S. The price from my hotel back to the airport was 14 Euro. Big difference, right?

Does Uber work in Madrid? I expect it is starting to…and it might work differently in the city center and other urban areas than it does at the airport.

I’ve got the bat signal out to folks I know that travel through Madrid regularly and a ticket into the help center at Uber. I’ve never had to contact their customer service for anything before so we’ll see how/if they respond.

Even a good old fashioned Google search gets me absolutely nothing, other than articles encouraging me to just get a taxi in Madrid. One of the reasons I wrote this article is because I want to provide a needed resource on Uber in Madrid, especially using Uber at the Madrid Airport.

UPDATE: I got three separate emails from Uber regarding my questions about using Uber in Madrid. Each contained cut and paste language on how to use the Uber app. Not helpful.

What I did read suggested that the government and the taxi industry were very resistant to ride sharing and that Uber being available in the city and near the airport is a relatively new thing. I guess the Spaniards haven’t embraced ride sharing as quickly as the U.S. or other countries but again…big, “LOOK AT ME” signs in the airport suggest a shift.

I’ll keep ya posted on using Uber at the Madrid Airport and Uber in Madrid in general. 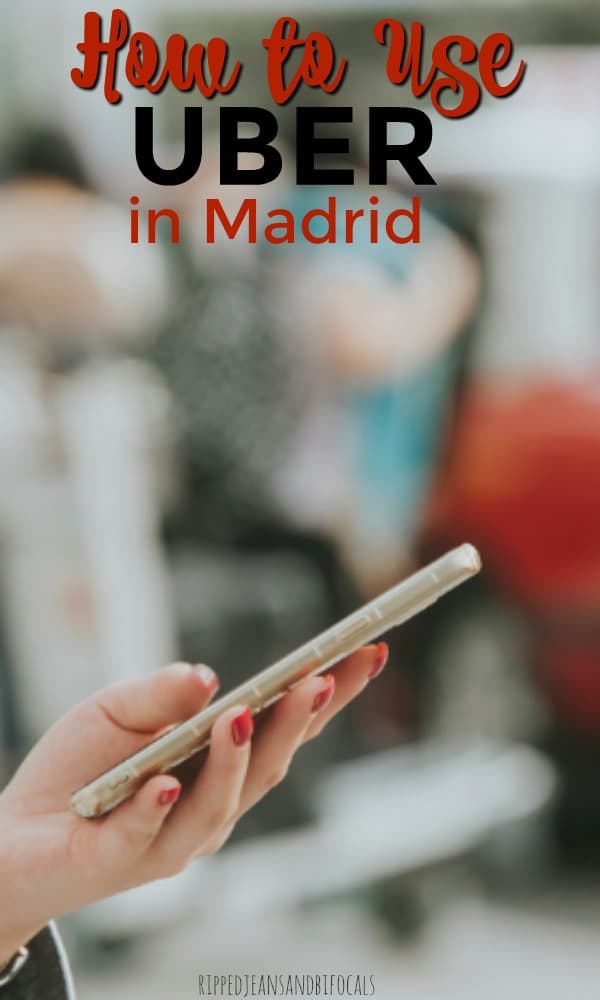 Solo parent travel – What you need to know

The complete guide to Tempe with kids

Why sometimes, getting lost in Madrid works|The Open Suitcase