If grades were given out in this thing called motherhood, last week would probably have fallen somewhere between a D+ and a C-, depending on the generosity of the teacher.

I don’t aim for perfection in parenting. I’m mostly shooting for above-average. Most of the time, I think I succeed.

But not last week. 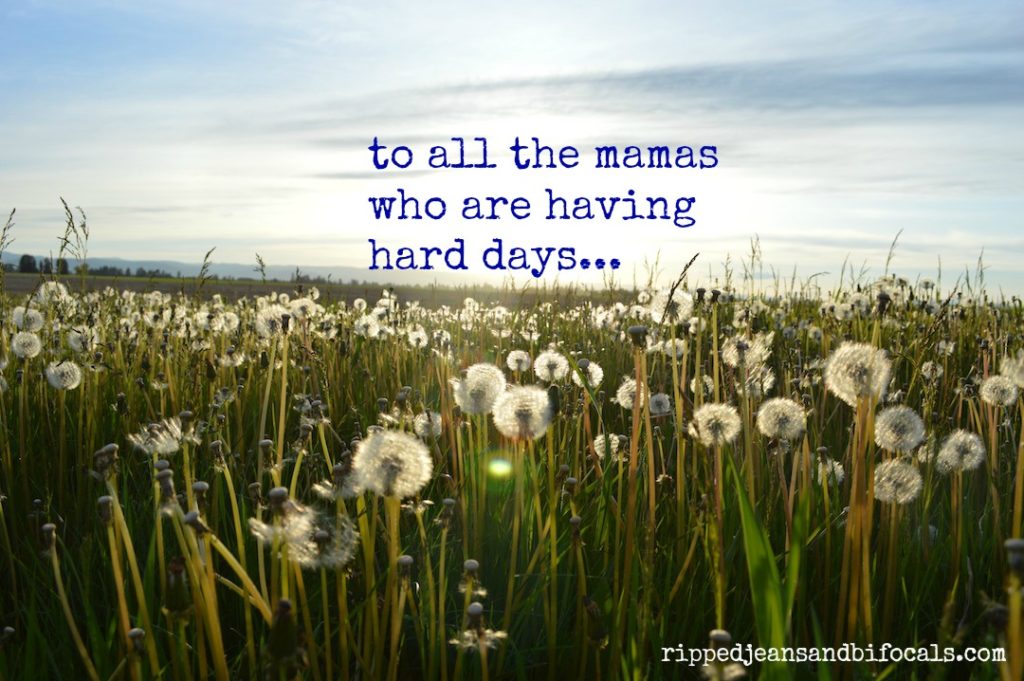 I know motherhood is all about peaks and dips. Some days are good, some days are even golden and easy. Then, you have your bad days where your small humans can’t find their shoes, throw up on you, or throw a tantrum because you made them eat cereal from a Spiderman bowl instead of Superman one. Because what were you thinking?

But when a mom has a really bad day or when there are too many medium-bad days strung close together, it wears on you. It’s disheartening. Patience runs out. Your threshold for losing your shit pretty much does not exist.

I had one of these days last week.

It was the second-to-last store in a multi-store string of errands at the end of a long, tiring day – the craft store. Because a sane woman takes two tired, cranky five-year-olds to the craft store…AKA an inviting den of colorful, delicate and breakable stuff that you screech at them not to touch while bribing them with overpriced candy from the bin next to the checkout line. Please say that’s not just me.

On the way to the craft store, we’d passed the place where my boys get their hair cut and one of them got it in to his little cranium that we needed to go get a trim right then and there. I tried to explain that haircuts weren’t on the agenda for that day and my stubborn little dude was having none of it.

Have you ever been shopping with a five-year-old who screams “I wanna get my hair cut right now” up and down every aisle of the craft store?

And you know, I can never freaking find what I need in that maze of DIY goodness. I wanted paint, which is not a simple thing to locate. There’s paint on aisle three…except for the kind of paint that’s all the way over on aisle 27 but don’t get that confused with the paint that’s locked up waaaaaaaaaaay in the back of the store by the kids craft kits (because that makes sense) that they keep under lock and key because people like to huff it.

I was “that mom,” the mom drawing stares from other shoppers. Some of the stares were sympathetic. Some were amused. I mean…I would probably laugh if I saw a kid having a hissy over a haircut, especially a kid who clearly was not in need of barbering. As I was browsing and trying to keep the kid who wasn’t crying from pawing the scrapbook paper that was positioned perfectly at his eye-level, he grabbed my wrist and snapped the elastic on my bracelet.

And then I snapped, too.

I became “that mom” who yelled at her kids in public. I was the mom who cussed at her kids in public.  I was tired, hot, and a little hangry and as those beads flew all over the floor, I lost my cool and became one of those train wreck moms people stare at while pretending not to look. The kind of train wreck moms that people unobtrusively record on their phones and upload to YouTube.

I seriously hope that hot mess isn’t on YouTube.

But you know what? That moment doesn’t define worth as a mother. I am a good mom. I picked up those beads and stuffed them in my purse. I picked up my head and told my kids to move along. We didn’t buy paint but I bought them candy if for no other reason that it made me feel a little less guilty for behaving like a crazy person.

Because that’s all I can do.

I’m a good mom but sometimes, I stumble. A bad day doesn’t make me a bad parent. To all the mamas out there having hard days in the trenches, remember that. You’re a good mom, too, but even good moms have their moments. Trust me on this…it takes one to know one. 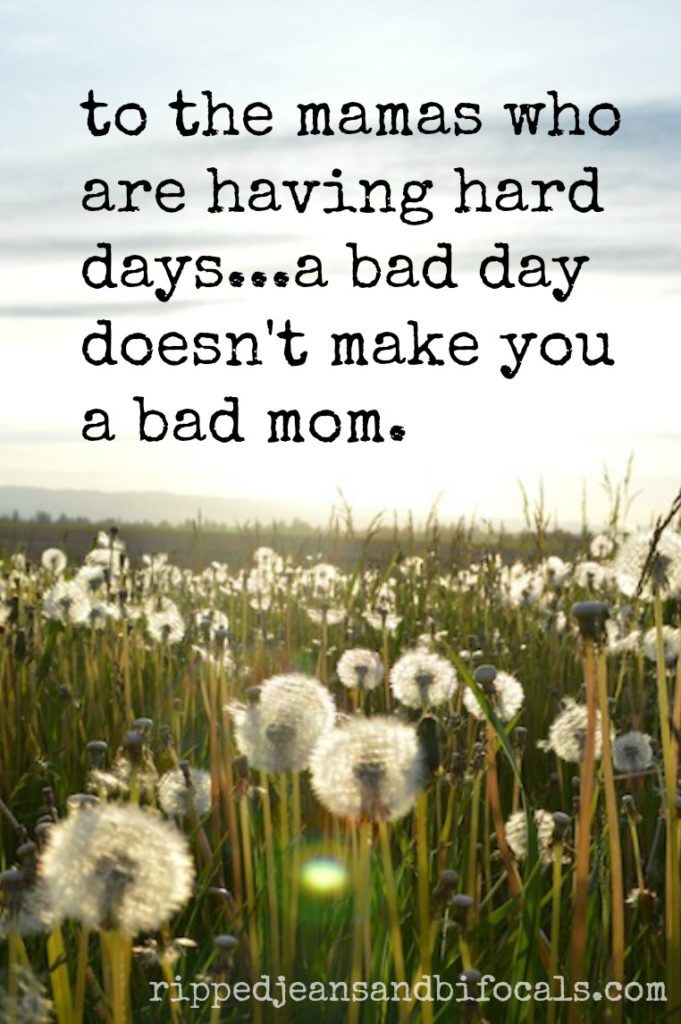 « Why I’m not blowing off Chinese New Year this year
All bad things must come to an end: RIP Motley Crue »