I don’t know why they call menopause “the change of life.” I can think of some other, more fitting things it could be called:

The seventh circle of hell.

The season in your life where it seems like your eyebrows have moved to your chin.

Okay, that last one might be a little bit long.

Here are five things about menopause that really suck:

You still get zits

Maybe you’re taking this as a sign of encouragement. Don’t.

Menopausal women still get zits. There’s just something that’s unfair about having a zit and a wrinkle taking up space on your face at the same time. And, having a zit inside a wrinkle?  Is there even a name for that, other than demoralizing? What the hell, Mother Nature?

You worry about that old lady smell

I just turned 49 and I’ve never worried about my body odor until this year. I’d take a shower, put on deodorant and leave the house. I did things. If I worked out or spent a lot of time outside in the hot sun, I’d shower again and put on more deodorant. Simple enough, right?

I don’t know if it’s changing body chemistry or if the hot flashes are just winning but I sweat all the time…and it’s not that glowy kind of sweat, either. The smell of boob sweat is the absolute worst…and walking around trying to be all sneaky about the fact that you’re sticking your nose down your shirt to see if you smell bad? Not fun.

People are not sympathetic to your emotions

Crying jags when you’re pregnant? No problem. People will coo sympathetically, offer you chocolate ice cream with a side of pickles and suggest that you take it easy. You’re growing a new life. Of course the hormones are going to be out of control and the world at large will understand.

Angsty tween/puberty mood swings? Okay, not as cute as an expectant mom but still sort of cute, in an awkward sort of way. Most people will “get” your mood swings and tears, even when they make jokes at your expense. People will pat your head and talk about the magic of becoming a woman, like it’s not awkward.

Menopause is where pregnancy and puberty hormones collide and multiply…like Gremlins when you feed them after midnight. Imagine pregnancy and puberty happening all at the same time served up with a side of PMS…on fleek. Just kidding. On steroids. I am not even sure what on fleek means, but I think it’s supposed to refer to eyebrows? Yes? No?

Menopausal mood swings are unrivaled, but no one thinks it’s cute in the least. You become the crazy old lady and no one pats your head or gives you ice cream. If you blame crabbiness or forgetfulness on menopause, people look at you like you’ve lost your mind (hint: you have.) If you dare to inject the “M word” in polite conversation, people look at their shoes uncomfortably and suddenly remember somewhere else they have to be.  We can talk openly about mental health and thanks to the plethora of pharmaceutical ads on television, erectile dysfunction is a household word but mention menopause and people want to get the hell away from you.

If you’ve never had a hot flash, it feels like your body temperature spikes to about 6,000 degrees in half a second. You want to shed your clothes when it’s inappropriate and even then, you’re still effing hot all the time. Except when you’re cold. Seriously, I think it’s some kind of rule of menopause that your body temperature can’t remain constant for more than seven minutes.

I recently took 24 hours off from being a mom to learn how to be a better mom, if that makes sense. I went to Mom.Com in Austin, Texas and had an awesome time hanging out with some of my best girlfriends…one who is on the other side of menopause so I know there’s light at the end of the tunnel. It was a really great day of seminars, food, socializing and just celebrating being women and being moms. That was all wonderful.

Here’s me and my fellow author/roomie, Jenny. She says I snore. She lies. 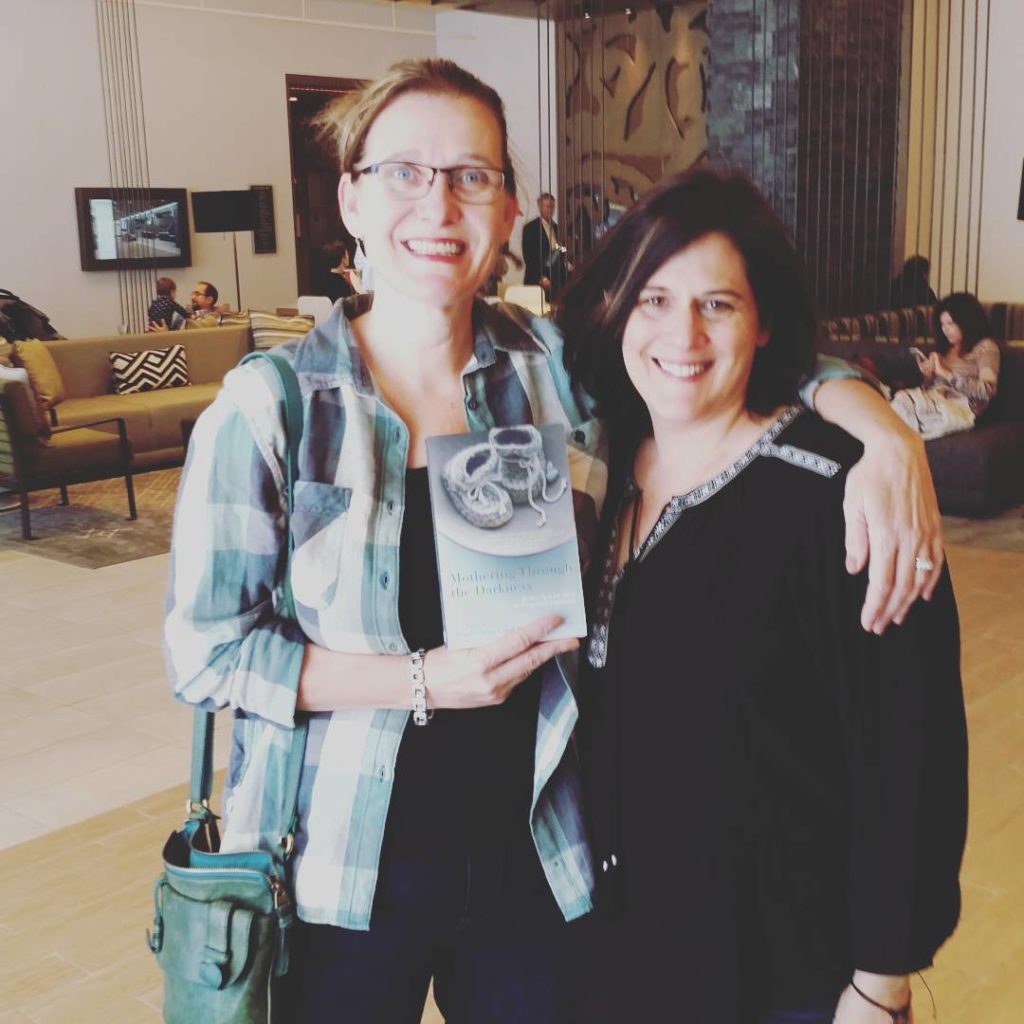 Had a great time this weekend in Austin with my friend & fellow Her Stories Project author @jennykanevsky this weekend!
#austin #writersofinstagram #herstories #EndPPDMyths

But do you wanna know what the very best part of my trip was? My 50 minute drive to downtown Austin. Yes, it was nice to be alone in the car and to not having someone ask “are we there yet” or to complain that the music was too loud or that someone was touching someone else.

But the best thing about the trip was the fact that I got to drive the very awesome 2016 Kia Sorento.

The Kia Sorento is a good looking, smooth midsized car. It got great gas mileage, has plenty of space in the back for groceries or luggage, and the model I drove had Sirius Satellite Radio, which was completely awesome because who knew there was such a thing as the Grateful Dead Channel?

But the reason I enjoyed my drive so much and the reason I’m so in love with the Sorento?

I’d heard of heated seats – which a woman in my condition does not need, but seat fans? These are nothing short of amazing. I briefly considered just living in this car until my menopausal sideshow ends.

Seat fans, people. Okay, so they’re technically called ventilated seats, but whatever. They’re wonderful. I still can’t get over it. It made menopause suck less for just a little while. Kia, you’re awesome.  I’m not kidding about wanting to live in the Sorento, by the way.

Anyone who has been pregnant or birthed a child is probably familiar with sneeze-pee fusion. I won’t go down the “kids ruin our bodies” road but women know that sneezing, jumping on a trampoline or even laughing too hard can make you pee your pants.

Yes, kids do a whammy on our pelvic floor muscles. So does aging. I mean, think about it. Everything loses its elastically as we get older, as evidence by saggy boobs and jowls. I could give you a long list of things that make you pee your pants when you get to a certain age, but sneezing is a gimme. Every. Single. Time.

Don’t get me wrong. I am thankful for my relative good health and for all the good things in my life. I’m happy to be facing 50 in a time when 50 is the new 40 (shut up, it is.) And, while there are some upsides, such as being able to wear white pants anytime I want to, and while I want to get every bit of juice out of life that I can, I will be happy to see the day when I no longer get quite this excited about a car with seat fans. 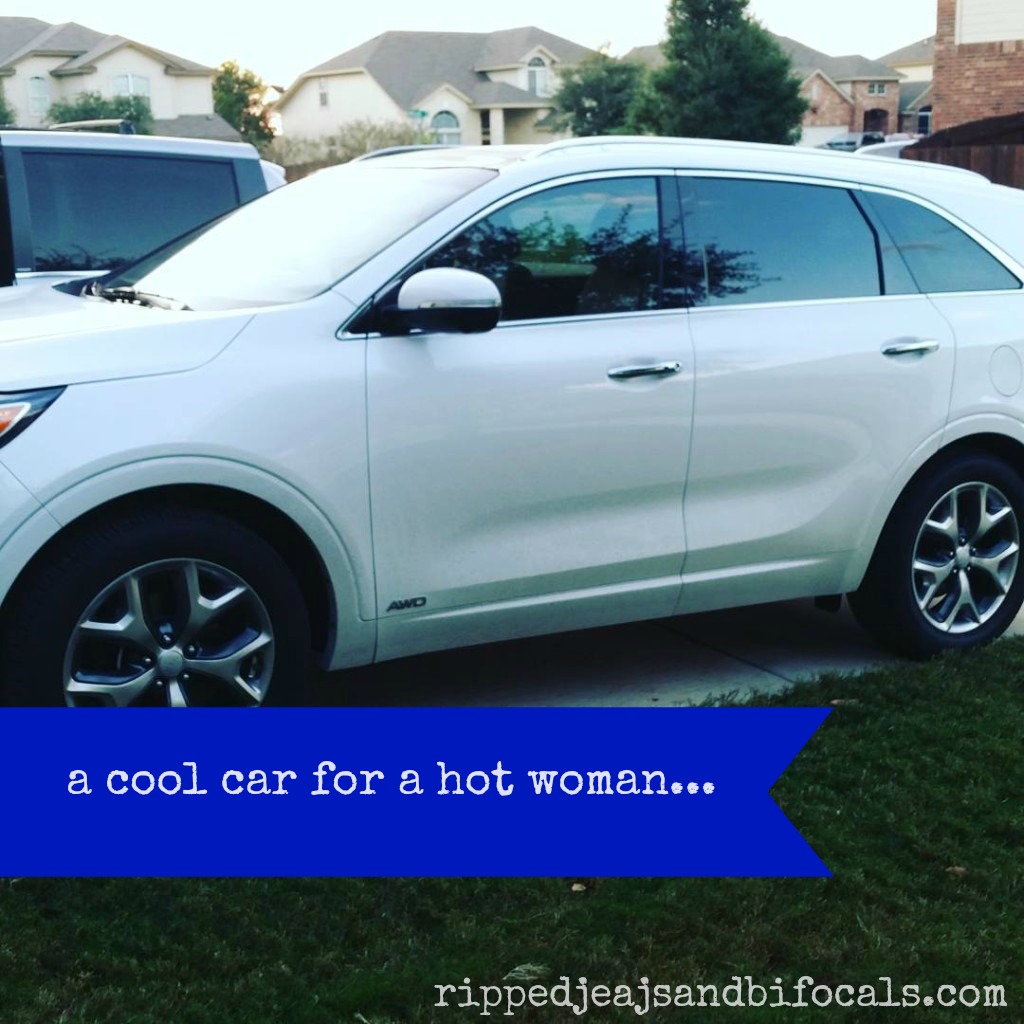 Thank you again #DriveShop and Kia for sponsoring this post and selecting me to check out this great ride!  There are a ton of other reason to love the 2016 Kia Sorento besides the seat fans…but that one is definitely most near and dear to my sweaty little heart.

Thank you for reading!  Keep up with me on Facebook! 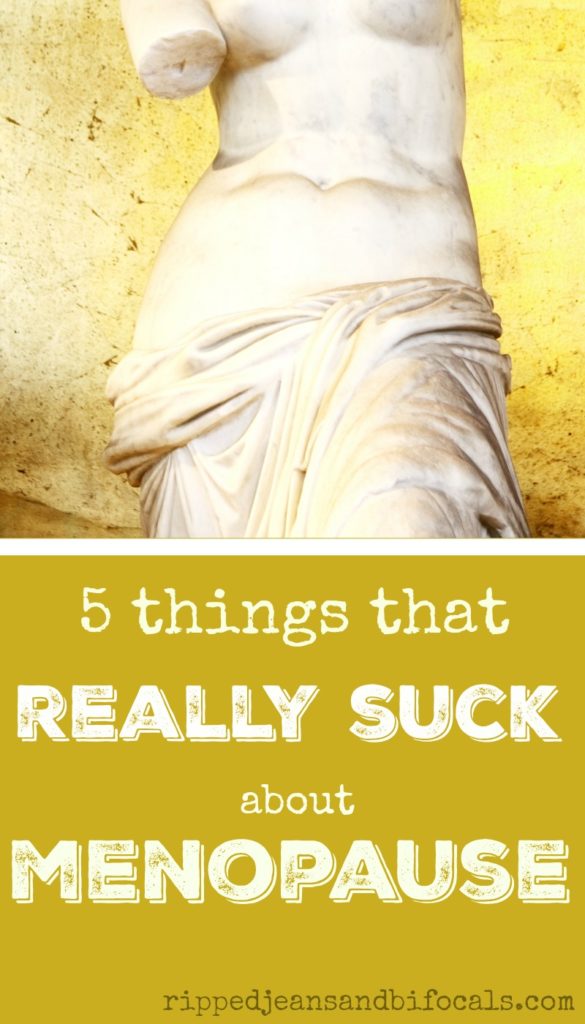