This post was sponsored by Finess and Soft Health Technologies LLC. All opinions all mine. running tips for moms

I am running a half marathon in just a little over two months. That’s 13.1 miles and yes, the .1 is important. I’ve been a runner for about 25 years, although I’ve gone through long running hiatuses and lazy spells.

I’ve run more 5K’s than I can count and the race (we’ll agree to use the term ‘race’ loosely) I have coming up is my 8th half marathon. I’m writing this post not only to pass on the benefit of what I know about running but to hold myself accountable. You see, I could have just as easily written a post titled “10 Reasons Why I didn’t run today” instead of “Running Tips for Moms.”

I love running, when I get off my butt and…well, run. It’s the only sport I’ve ever been good at. I spent my childhood as last-picked for absolutely every game involving a ball. I’m used to playing outfield and praying that nothing comes my way. I’m also used to someone rocketing across the volleyball court to get in front of me because they know I’m going to duck when that ball gets anywhere near where I’m standing.

It is what it is. 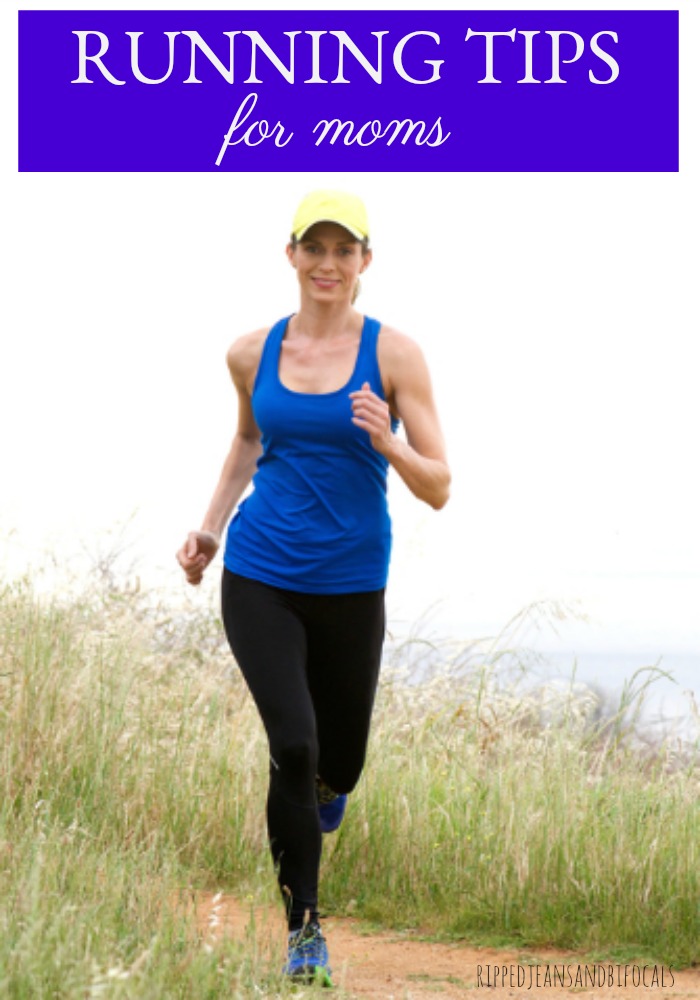 But running I’m good at. I don’t have to throw anything or catch anything or remember any rules. Just one foot in front of the other. Running is a great exercise for moms. It’s not expensive – no gym memberships and no equipment. It’s flexible…I mean, you can run pretty much any time anywhere. That’s huge for moms who have to schedule their fitness around the bazillion things our kids have going on.

Here are 4 running tips for moms. I hope this inspires you to lace up your shoes, get outside, and get moving.

I’m not a fast runner but that’s okay. Fast doesn’t matter. Putting one foot in front of the other and getting your exercise in matters.

And sometimes? I lace up my sneaks and hit the streets and there is way more walking than there is running. And sometimes, that has to be okay. Sometimes, getting out there and doing it is enough.

And remember…slow and steady wins the race. At least that’s what they say.

I said this last week:

“I had to choose between getting my errands done and going for a run.”

Yes, I’m totally raising the B.S. flag on myself. My errands took me about 40 minutes. My planned run would have taken me about the same amount of time. I could have squeezed in both if I’d have planned and prioritized a little bit better.

If your kids are in school and you’re home during the day, run while they’re at school. I get up in the morning and put on my workout clothes and that’s a reminder that I am supposed to run. Sometimes that works and sometimes excuses and poor time management win.

Whatever works for your schedule works for your schedule. There have been times when I’ve gotten a run in before my husband leaves for work and there have been times when I’ve met him at the door in running clothes and done a five-second handoff. Your mileage may vary depending on where you live and what time of year it is. I don’t like to run alone in the dark and it’s hot as blazes during the day in the summer (which in Texas is April through September) so I have to plan and manage my time accordingly.

…such as “I don’t have time” or “such as running makes me pee my pants.”

You can make time and there is a solution to the “pee your pants” problem. It’s called Finess.

And yes, peeing on long (ish) runs is normal and it’s part of what put a cramp in my style until I figured out what to do about it.

Finess is really easy to use. It does take a couple of tries to get comfy with things (similar to learning to use tampons) but the learning curve is really quick. You can run, laugh, do jumping jacks and even sneeze without worrying that you’re going to pee your pants in public. It’s really been a game-changer for me.

And, if bladder leakage happens to you too during running or other exercise, don’t be embarrassed about it. It’s pretty normal. It’s not the most fun part of being a woman but you’re definitely not alone.

Finess is a small soft foam patch that gently seals over the urethral opening to prevent leaks from happening. 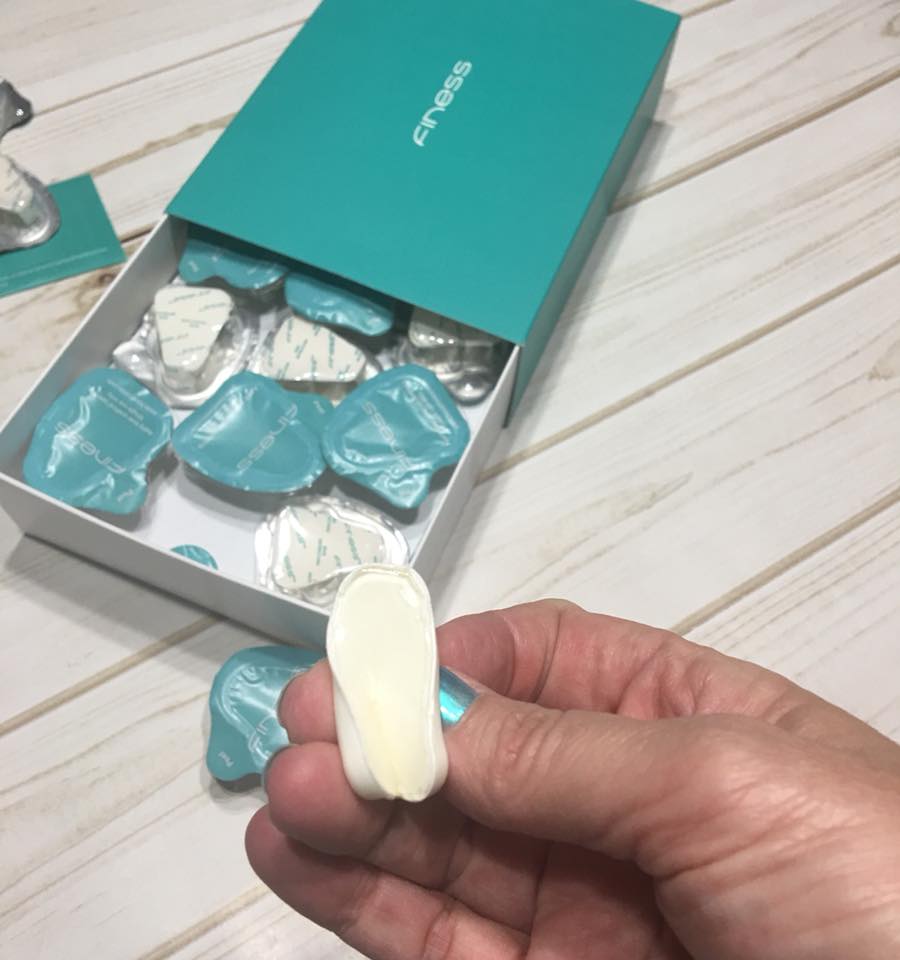 Their goal is to provide women with a discreet and comfortable option for those annoying little leaks so they can sneeze, cough, exercise, or just go about their day without worry.

So, no excuses, moms. Lace up those shoes! 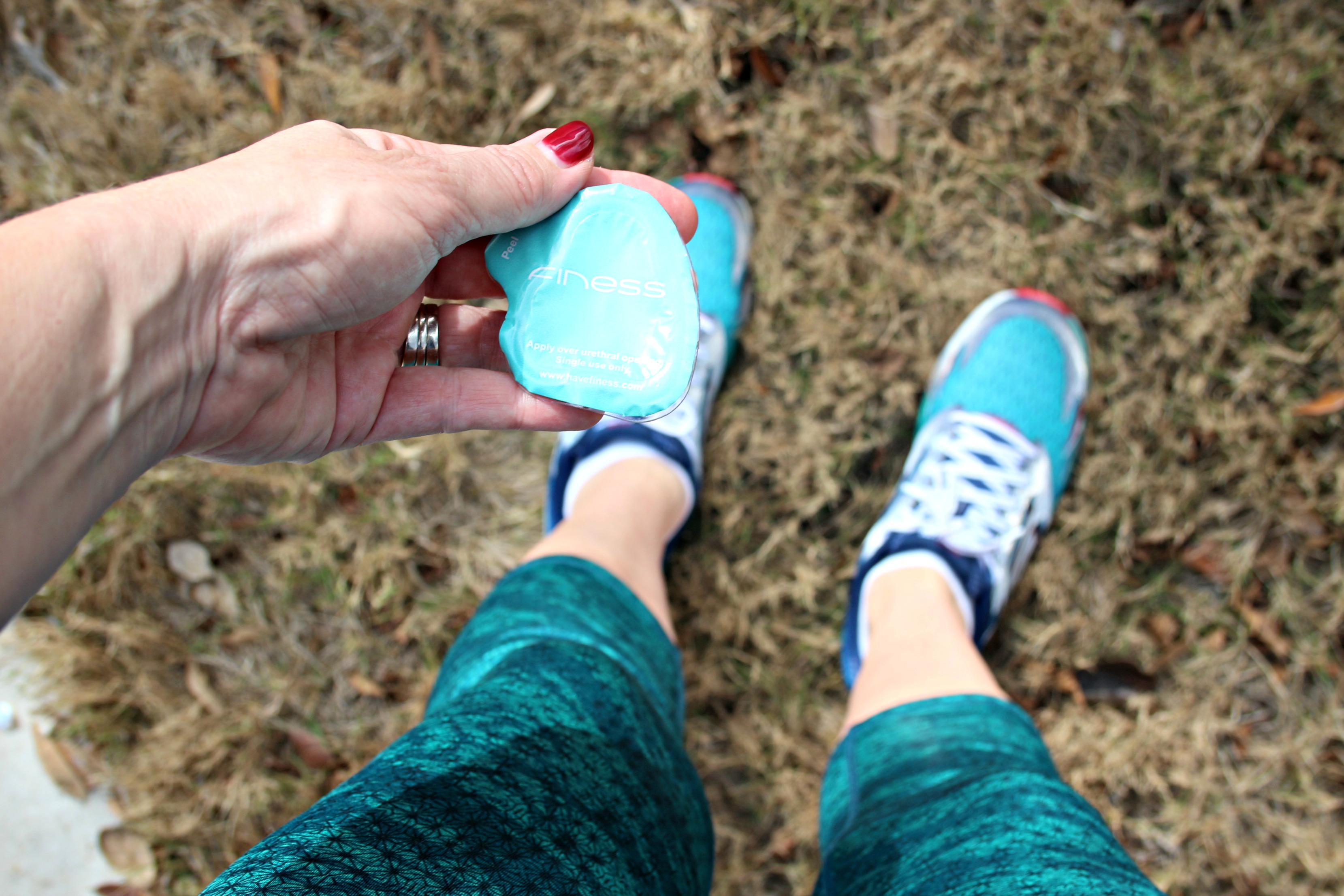 Finess is small enough to fit into your pocket and super-easy to tuck into even the smallest bag.

4. Remember, it’s part of your self-care

Taking care of your body and your mind is an important part of self-care. Running is something I do for me (and also something I do so I can eat cookies) and even when I don’t want to get out and do it, I always feel better – both physically and mentally – for doing it.

You can purchase Finess directly from their website (use the code RJB10 for 10% off.) You can get your Finess discreetly delivered to your door and no one needs to know your business. Winning.

This is really good info for you visual learners. You can pin to Pinterest to refer to later!

Four things about motherhood that are just gross

« Why the LG Twin Wash and LG Sidekick are on my appliance wish list
Dinner Elf San Antonio is here and it’s glorious! »