I’m not an indecisive mom. I’ve questioned my parenting methods after the fact but I rarely doubt myself in the moment.

My four-year-old son Kyle has a plethora of medical issues. I love using words like plethora because they make me sound smart, not that I am. Kyle has only been with us about eighteen months. We adopted him just after he turned three. In addition to his congenital medical issues, most of which we knew about before adopting him, we’re coping with nutritional challenges that carried over from his early years with not enough to eat. His 2T pants fall off his itty-bitty booty. He’s like a gangster, but with Lightning McQueen underpants.

Parenting special needs – Am I doing this right?

Editor’s note: This post was originally written in 2015. I re-discovered it when I was cleaning up broken links on my blog and decided to reformat/republish. We are past this point and life is (mostly) normal but I know there are still parents in the trenches who might benefit from reading this perspective. Enjoy.

So, we go to the doctor a lot. We have generalists and specialists. Labs, follow-ups and catch-up immunizations. Rare is the week we don’t have some kind of medical thing going on. I should have my own parking space at the hospital/clinic we go to. I’ll work on that.

You might think that since Kyle sees so many medical professionals that all these visits are no big whoop. Wrong. We can’t drive past the hospital without him announcing “there’s my owie doctor.” He does not miss much, this kid. 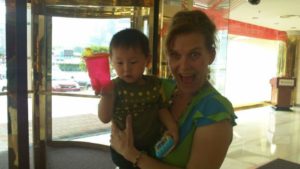 1 hour after wet met…he was not too sure about me.

Pulling into the parking lot triggers screaming. Not just crying: straight up glass shattering screams. Is it live or is it Memorex? Nope. It’s my kid and everyone hears him coming. People in the halls part like the Red Sea. I get equal parts sympathetic glances and dirty “you’re doing something wrong” looks.

And, I feel like the people who are throwing me the shade are kind of right. I’m doing something wrong. I must be.

The screams continue until we’re done with whatever torture is on the agenda. Then, someone will produce the requisite sticker or lollipop that signals the end of the visit and he’s fine. Ready to get the hell out of Dodge, but fine.

I have tried everything – and I still feel like I am doing it wrong.

I’ve tried distracting him with toys and snacks. I’ve tried singing or engaging him in chitchat about whose outfit is tacky. I promise ice cream, candy, toys, whatever, as soon as we’re done. And, for the record, the “Just do this and mommy will give you whatever you want” is not my style of parenting. But, in this moments, I feel desperate. 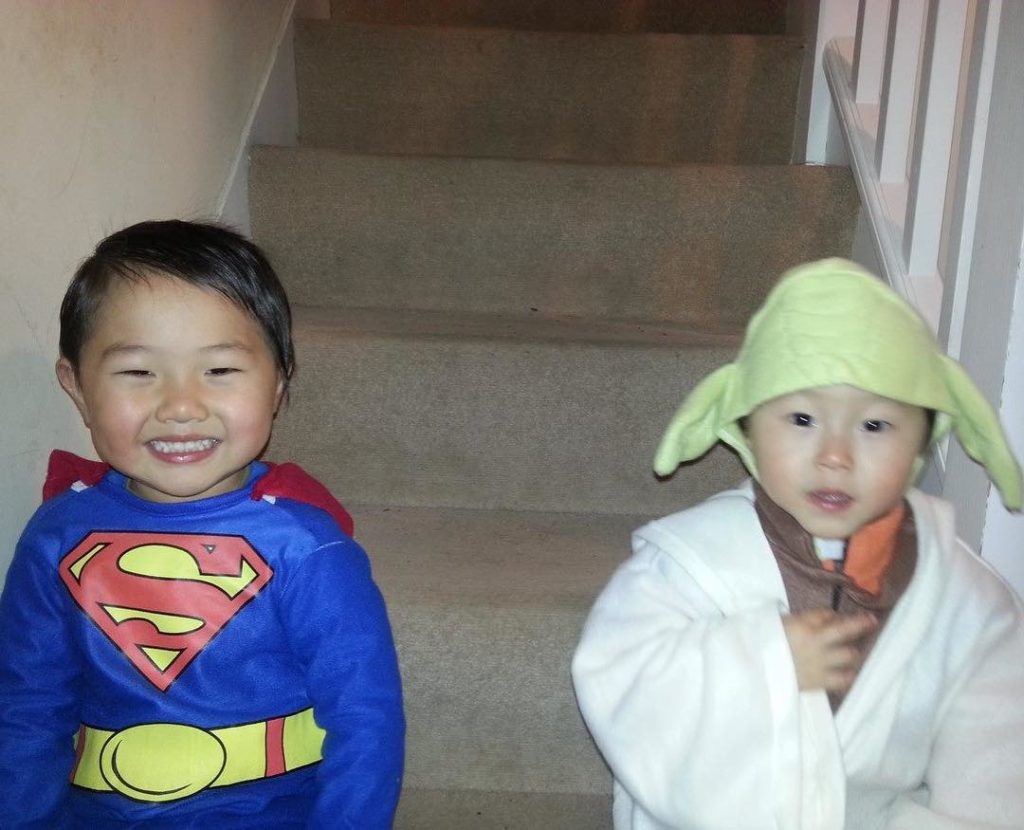 Two months home with us. Kyle was Yoda and Z was Superman. I bought the costumes the day before Halloween and this was pretty much what was left.

Nothing works. The only thing he wants to do is give everyone in the room the stink eye, produce loads of snot and loudly chant “No doctor.”

Sometimes these theatrics get us seen faster. Kyle is a walking advertisement for the danger of noise pollution. His screams disrupt normal business and scare other patients.

The squeaky wheel gets the grease, I think. And, while I admire any tactic that gets me out of the waiting room faster, this is so not worth it.

My biggest dilemma is how to set the stage for doctor visits in the first place. He’s four. He won’t understand “Okay kid, we’re getting some labs drawn Wednesday, so be thinking about that. Want a popsicle?” He understands “We’re going to the doctor today” and in his eyes that’s a very bad thing.

When I say “We’re going to the doctor today” and I deal with screams until after the appointment. I can tell him 30-minutes prior or two hours prior.  My choice on how long I want to hear him scream.  There’s no soothing him so I don’t usually tell him we’re going to the doctor until we’re practically there, which makes me feel like an asshole, because that’s deceitful. 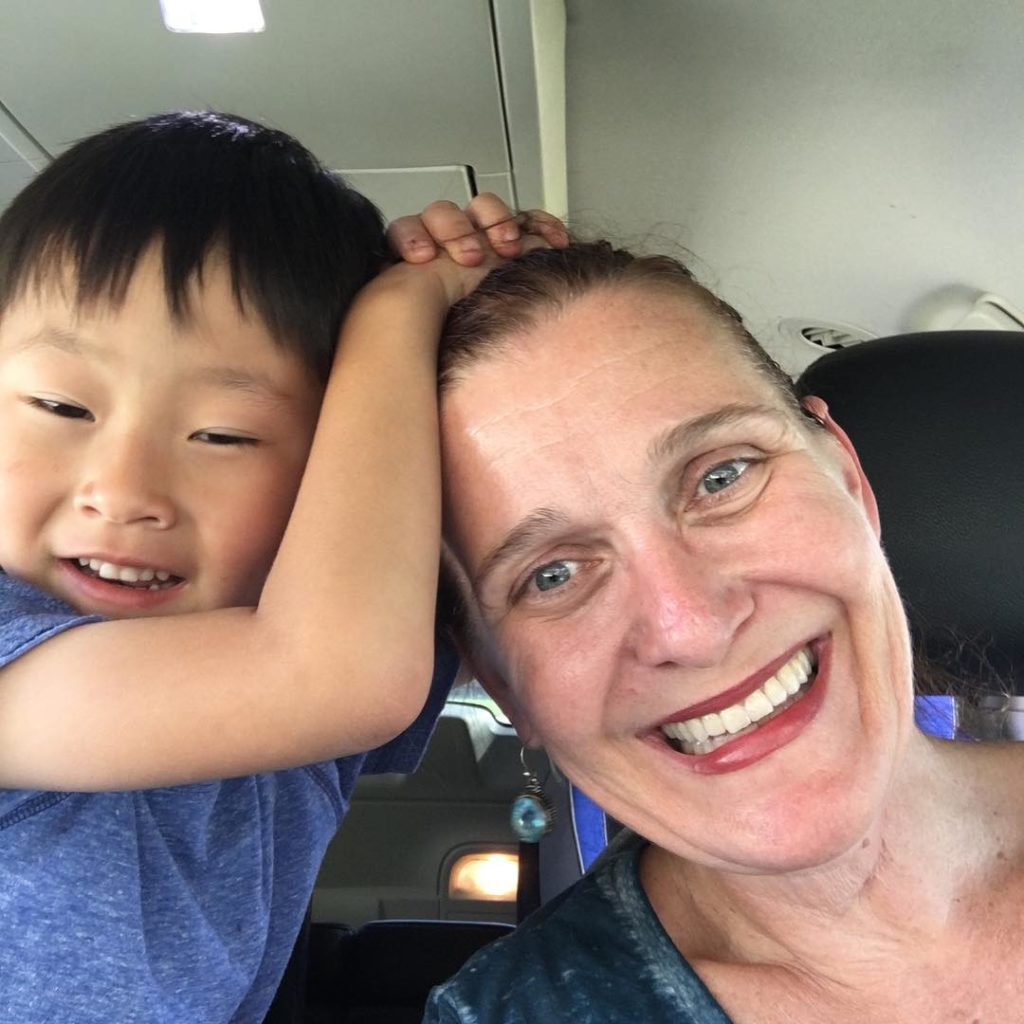 But, I don’t know what else to do.

We recently had to take Kyle for vision screening at the local school as part of his eval for early intervention services. You’d think with the amount of time we’ve spent in doctor’s offices and hospitals that an eye test might’ve been on the menu somewhere, but no. It doesn’t matter that this kid can spot his dad’s car a quarter mile away and can clearly spot the cookies hidden behind the junk on top of my fridge. School controls all the things and school said we had to have a vision test.

Since it was an eye test by the school nurse and not a doctor appointment, I framed it differently. “We’re going to BIG SCHOOL tomorrow! Won’t that be fun?” An aside, this announcement caused much wailing and tears when my other kid found out he wasn’t going to big school, so this is starting off really well.

It is always something

While I was preparing the 378 pieces of paperwork that you need to you’re your vision tested I discovered Kyle was overdue for a shot. Sucky timing, because if you’re a mom, you know shots are the gateway to school admittance. There was no avoiding a side trip to the immunizations clinic. Shots are especially traumatic for Kyle, for some reason. I chalk it up to being on a catch-up immunization schedule and having to get more at once than the average kid. No one would like that.

I’d planned to spring the bad news about the shot as we pulled in to the clinic parking lot but Kyle started getting suspicious before we left the house. Maybe he heard me talking to the my husband about the day’s agenda, but I was careful not to say “doctor” or “shot.” Maybe he’s telepathic. Maybe I’m just unlucky.

I struggle with this every time. I can’t win.

I struggle with this every time. Do I tell him we’re not going to the doctor only to prove myself a big fat liar when we get there? Do I assure him it won’t hurt when I know he’ll be held down and jabbed with needles? This child trusts me and that trust was hard-earned. While lying would have made the car ride more peaceful, I found myself unable to give anything except the truth.

If there’s a good way to prepare Kyle for a doctor visit, I haven’t figured it out. I think he knows he’s safe with me but how secure can a kid feel when his mom hands him over to someone who pokes and prods him on an almost weekly basis? His outraged little face and his pleading with me to make it stop when a lab tech digs to find a tiny vein shatters my heart.

My head knows I’m doing what is best, but my gut says “You’re an asshole.” When you’re a tiny child shots, blood tests and sometimes even the blood pressure cuff seem like really bad stuff. Strangers get in his bubble and give him owies while I’m telling him this is OK. Of course I know I’m doing right by giving him the medical care he needs but I haven’t come close to selling this to Kyle. Because he is four and the world is very black and white. Things that hurt cannot be good. 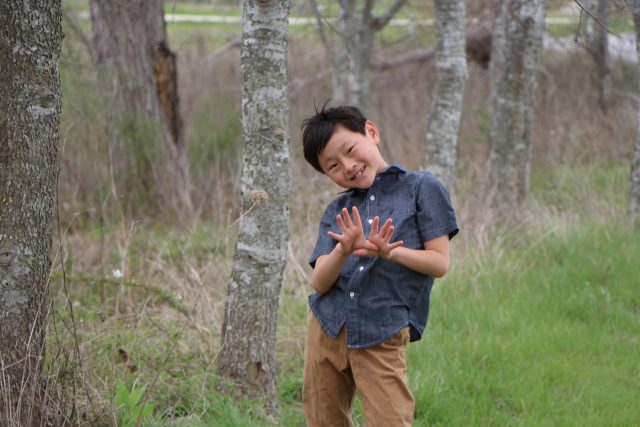 Maybe there’s no easy answer. While I feel inept, maybe I should cut myself some slack.

Kyle and I made it through a difficult day. We always do. His resilience and zest for life amazes me daily. Driving home, he told me I was his best friend. I don’t often get to spend time alone with any of my kids, and despite the crappy start to our morning, it ended kind of nice.

“Am I doing this right?” No clue. I’m winging it, people.