I am a big fan of giving unsolicited advice. Others may not be big fans of it, but that’s okay. I have strong opinions and I’m often compelled to share them, even when people wish I wouldn’t. You’re probably rolling your eyes at me, thinking I’m one of those “thinks she knows all the things” women. Not quite all the things…but close. Kidding. Maybe.

My preface to unsolicited advice has always been “well, since you asked” (that’s sarcasm, just in case I’m confusing anyone) and then I fling my pearls of wisdom. But in all seriousness, my unsolicited advice is usually well-timed and semi-tactful. I don’t walk up to strange women say stuff like “honey, maybe no one has told you, but green eye shadow is not for you.” But, if I could, here are a few nuggets of advice I might throw out there:

Yes, your five year-old is adorable. Not as adorable as you think she is but still pretty cute. Her cuteness melts away when you bring her to any movie rated above G and to any restaurant without a ball pit. I’m sure your little angel is verrrry mature for her age but don’t bring her to places where adults go to do adult stuff, k? Get a sitter or adjust your plans.

Say it with me: Leggings. Aren’t. Pants. Unless you’re a size two or twelve years-old, pair those leggings with a top that covers your ass, thankyouverymuch.

3. Speaking of pants, wear some once in awhile

Real pants, with pockets and zippers. Don’t talk about how you haven’t changed out of your jammies all day like it’s a good thing. Don’t try to one-up your mom friends about who has gone the longest without showering. Motherhood is hard, no doubt, but take five minutes for yourself and look presentable now and then. We all have our days where we look ratty but don’t wear that as a badge of honor.

Note:  between the time I started this post and the time I hit “publish” the internets exploded over Eva Mendes’ declaration that sweatpants will land you in divorce court.  Obviously a load of hooey, but item number three on my list was not inspired by Eva and I don’t hate stretchy pants.

Related:  Smashley Ashley’s letter to Eva Mendes on her position on sweats.

4. Run your own race

Be selective when deciding if you need to worry about keeping up with the Joneses (or the Kardashians.) Don’t compare your kid’s ride on the potty train to anyone else’s. Some things in life aren’t meant to be competitive sports so unless you’re training for the Olympics or something, chillax and keep your eyes on your own paper.

Do you like to brag about what a genius your kid is? Good for you! Any second grader who’s moved past eating paste is surely headed for MIT.

Wanna complain about your thunder thighs or lament that your muffin top is exploding over the waistband of your size eight jeans? Wow, piggy. I can’t believe you’re out in public.

It’s 2015 – sure, there’s nothing wrong with a woman being first to pick up the phone but I’ve heard tons of crazy excuses about why a guy hasn’t called, introduced you to his friends, or changed his Facebook status to “in a relationship.”

If he wants to talk to you, he’ll call. Most people have smart phones fused to their palms these days. Unless the object of your affection is studying penguin mating behavior in Antarctica, he’s capable of punching digits. If he’s not motivated to communicate, that only means one thing: he doesn’t want to talk to you. This is a no-brainer.

7. Don’t blow off your friends for the opposite sex.

Maybe your bestie will understand if you occasionally bail on that coffee date because you got a better offer, but tread carefully. Trust me on this. A girlfriend who holds your hair while you puke or tells you plaid isn’t your color is worth her weight in Oreos.

8. Just because it pops in to your head doesn’t mean it’s Facebook-worthy.

Please for the love of all that is holy, save your drama for your mama. Sure, there’s no law against posting about your latest Brazilian gone awry or that your man won’t put the toilet seat down after he takes a whiz. The point of social media is to be social, but if you don’t say everything you think out loud, why do you want to memorialize it on the Internet? And if you say everything you think, well…you probably want to stop doing that, too. Filters, people.

This also applies to texts, tweets or passive-aggressive Facebook statuses. Sending something into cyberspace when you’re upset is never a good idea. Whatever you have to say can wait until your head clears.

10. Ask yourself “will this matter in five years?”

This is the best unsolicited advice I’ve ever received and its no-kidding the unsolicited advice I most often give. This is something my grandfather used to say and it’s always what I say to myself when I have an important decision to make or when I find myself freaking out about something. I still freak out unnecessarily, but asking myself this question puts things in to better perspective.

Take my advice with a grain of salt. I can think of several instances where I’ve not followed my own advice, and ya know…sometimes you just have to go with your gut.   Things usually turn out okay.

In addition to subscribing to my blog to receive weekly emails, you can also

If you click on the button below, you help improve my blog ranking and make it easy for me to get sponsored opportunities.  No signing up for anything or spammy email – I promise!

« Why You Should Listen To Your Mother
An Open Letter to My Sons: Get it together and Pee in the Damn Toilet » 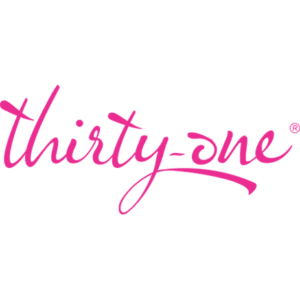 Give me a 🧡💙 if you believe a woman should w

Have you ever traveled as a single or solo parent?

Sneak peek from our trip to @naturalbridgecaverns

One thing I have never done is tell my limb differ