The Mazda3 Four-Door Grand Touring is a sleek, sporty four-door sedan that doesn’t make you feel like you’re driving a four-door sedan. We took it on the road from San Antonio to West Texas. Check out our trip notes here on the blog.

I drove the Mazda3 four-door Grand Touring for a week both around town and on a road trip from San Antonio to San Angelo. The vehicle was provided for my use by Mazda. All opinions are my own. 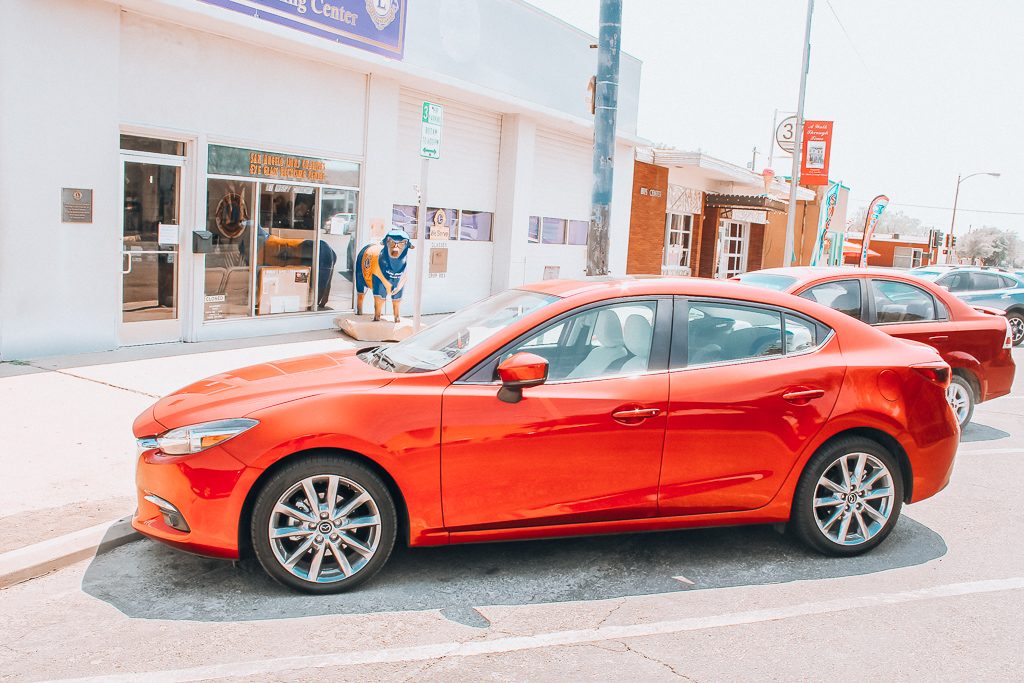 San Angelo is known as “The Pearl of West Texas.” Located along the heart of the Concho River in the heart of ranching country, San Angelo is a great place to discover western frontier heritage as well as cultural attractions, food, and family friendly activities. I drove the Mazda3 four-door Grand Touring from San Antonio to San Angelo and loved the ride! 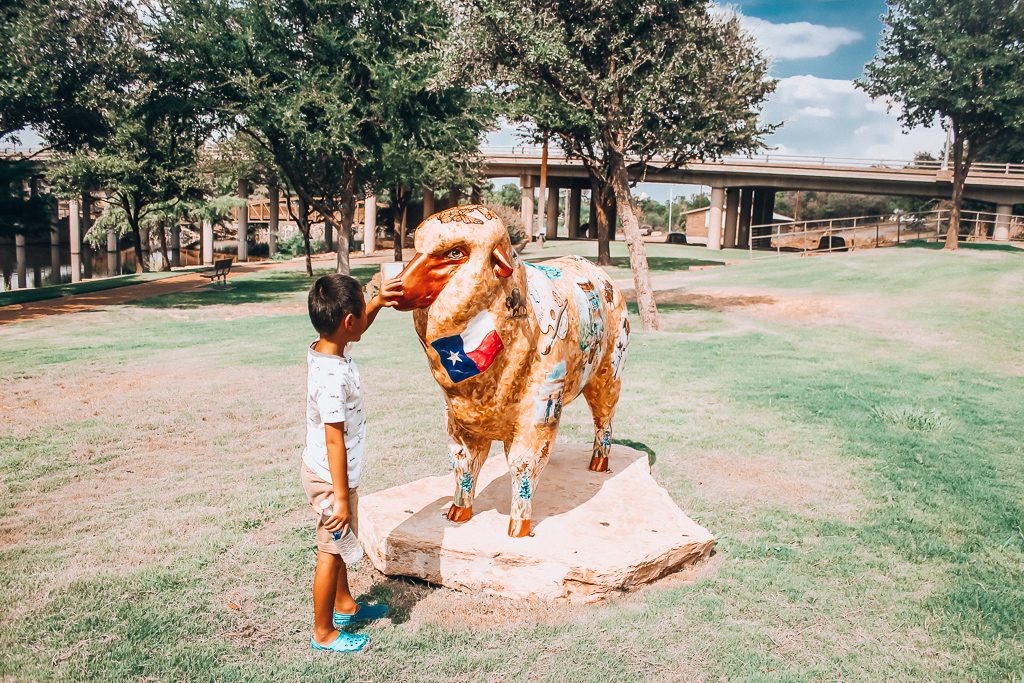 When in San Angelo, look for the many statues of sheep. This gives a nod to the city’s history as a center for wool and textiles and they’re so much fun to spot.

If you’re visiting San Angelo, make your first stop the San Angelo Visitor’s Center. There is lots of info on things to do in town and the surrounding areas but there are also some beautiful, photo-worthy spots on back along the river walk. More info here on San Angelo.

These larger than life statues at behind the Visitor’s center represent Carolina Angela de la Garza DeWitt, the wife of San Angelo’s founder and St Angela Merici (AKA Santa Angela.) 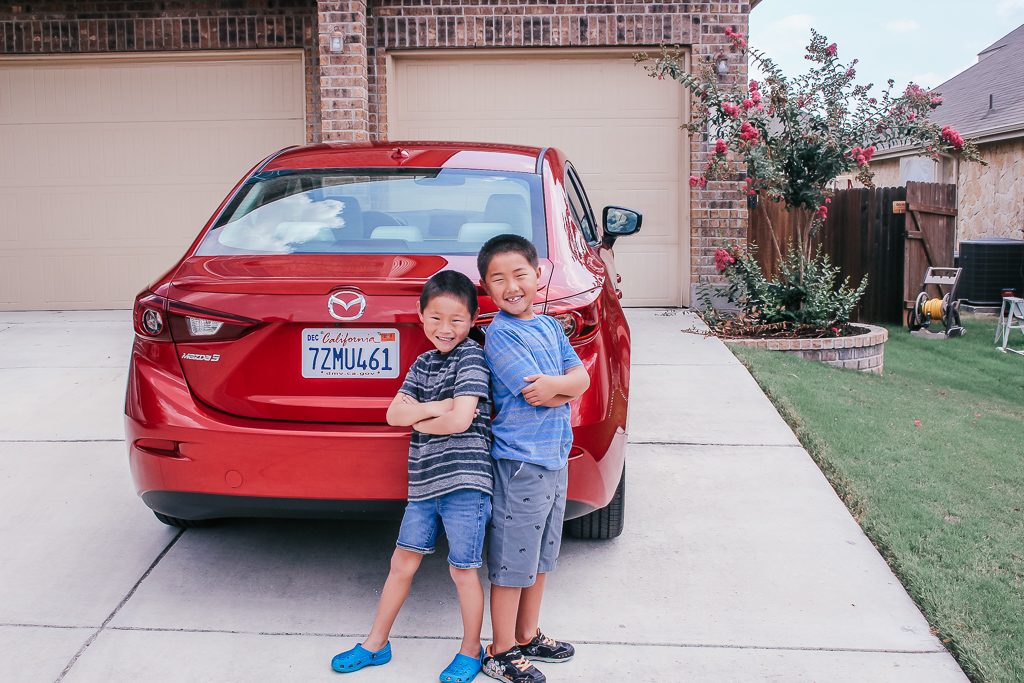 The Mazda3 four-door Grand Touring is a great car for a couples road trip or as solo parent trip. While it is a four-door sedan, the back seat is small and two booster seats in the back are a little cramped…but it can be done, for a shorter road trip.

While the Mazda3 four-door Grand Touring isn’t meant to be a family car for a medium to large-sized family, we can fit two kids in booster seats in the back, in a pinch or for a shorter trip. It makes a great car for a smaller family or a single. The Mazda3 four-door Grand Touring would also make a great second car. This car is advertised as a 5-passenger, but again, in a pinch. There’s room for three in the back seat (at least there are three seat belts) but this is not meant to be the main car for a family with three kids. In the low twenties, this car might be an affordable option for a “drive to work” car for my husband but I wouldn’t want it as my “all the time drive my kids around” vehicle. 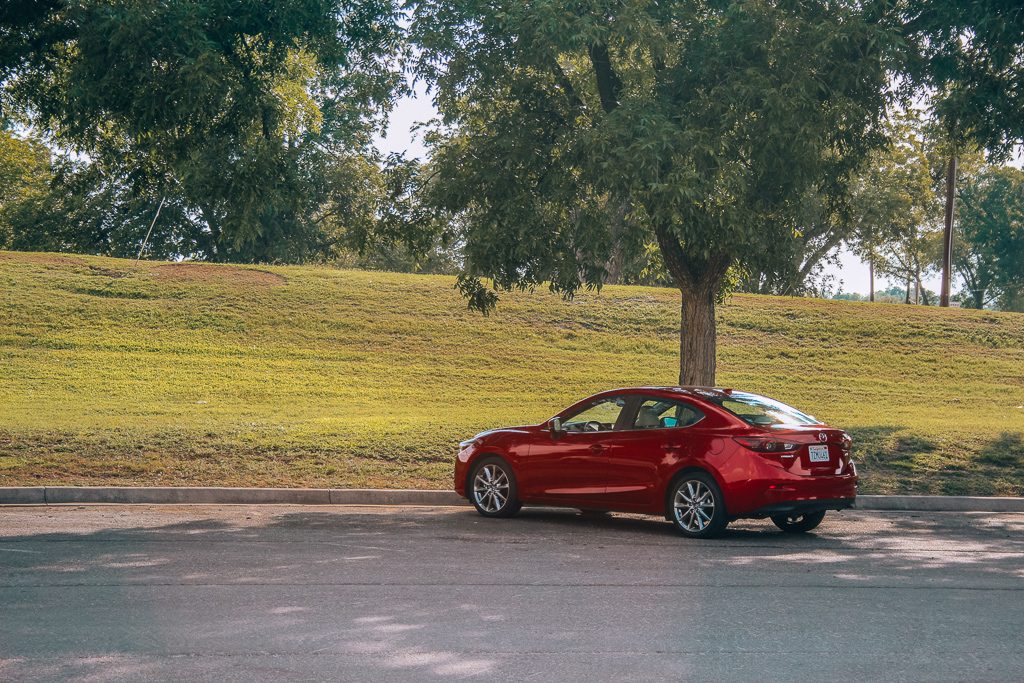 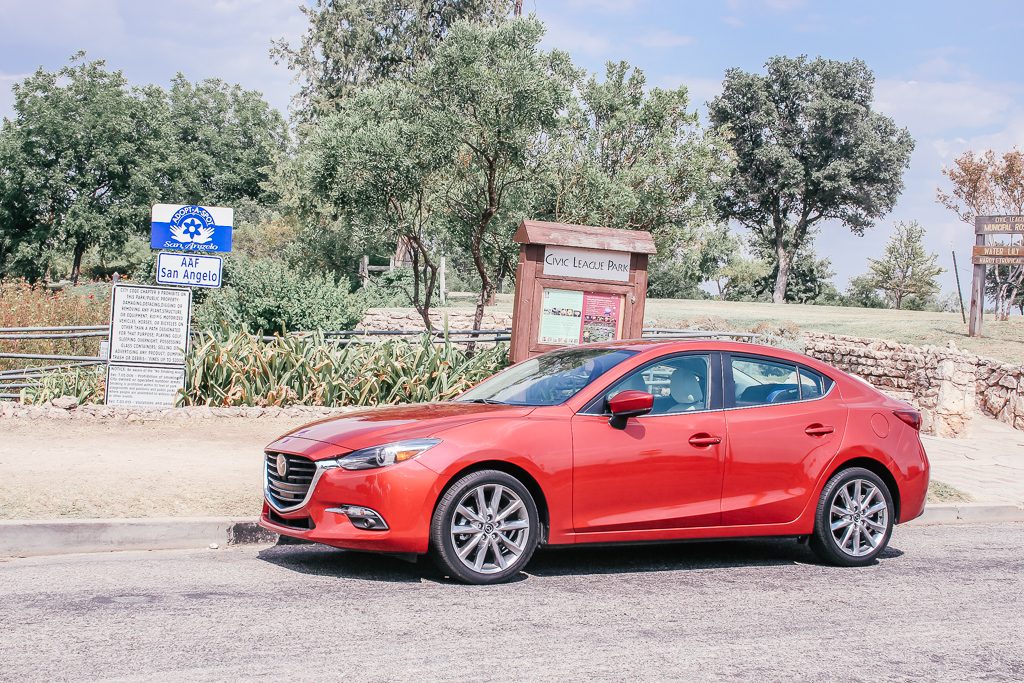 There are SO many different kinds of water lilies. These large lily pads can even hold a human (although not a super heavy one.) If water lilies aren’t your thing, check out this list of things you can do while in town. Also, eat at the Angry Cactus. It’s amazing.

The Mazda3 four-door Grand Touring is available in Soul Red, shown here, as well as Machine Gray and Snowflake White Peal Mica, which is also really pretty. Yes, the color of the car matters to me. I love the red but if I could pick my own color, it would definitely be the Snowflake Pearl Mica. 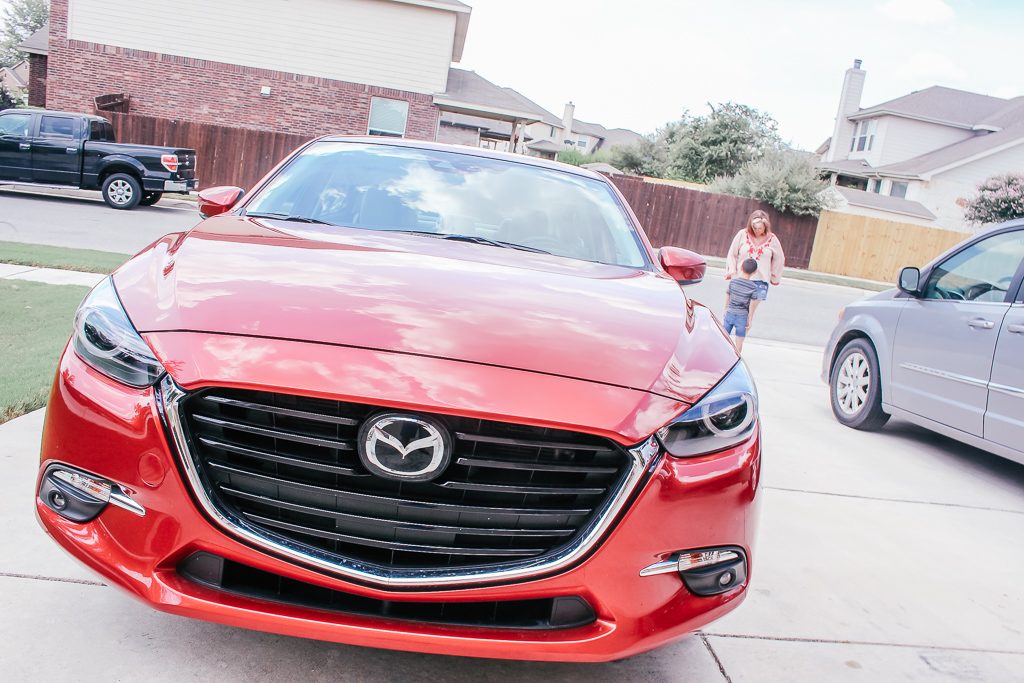 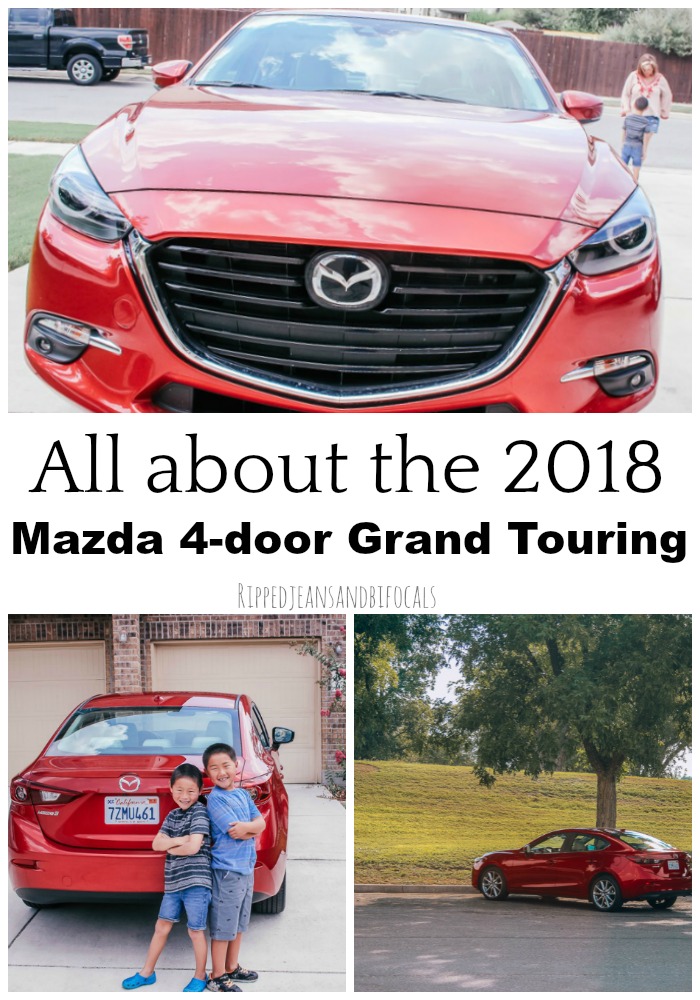