It seems like New Year’s resolutions are so 2015, doesn’t it? Here we are just two days before we close the curtains on 2017 and instead of seeing my Facebook newsfeed flooded with resolutions, they are instead full of people announcing what their “one word” for the new year is. I don’t have a word for 2018.

I’ve seen some good ones, though:

Every time I see that one of my friends has declared her word to be this or that, I think to myself, “Ooh, that’s good. Maybe I need to think about that one for myself.”

And while I do need to be more present, practice more kindness, be more balanced and more connected, none of those words feels quite right. I have to admit, though, I’m super tempted by sparkle and slay because who doesn’t want to sparkle and slay? Preferably at the same time.

But I can’t commit to one word. One of my friends chose five words, and for a minute, I thought something like that might work out for me. I sat down, and I did some free-association (doesn’t that make me sound so deep and mindful and stuff) and made a list of words that described what I hope to accomplish in 2018.

But none of them felt quite right. I felt like Goldilocks sitting in the Three Bears’ chairs. Too hard. Too soft. Thinking “Oooh super comfy, I’ve found the holy grail of chairs,” then feeling the wood splitting beneath my ass and realizing I’m sitting in the midst of chair parts trying not to get splinters in my hand and everywhere else, that nope, this isn’t really the “just right” fit after all.

I had a word of the year for 2016. That word was “intentional.” Good word, right? I felt like 2015 was all over the place, mostly because it was, and I thought that terming my 2016 “intentional” would magically make everything fall into place. I had such good intentions (ha ha see what I did there?) and I was so sure that declaring 2016 to be “intentional” would solve all my problems.

Lemme tell you, 2016 was one of the most haphazard, hot mess years of my life. When I said 2015 was a year of being all over the place, the universe laughed and laughed and then said “hold my beer.”

2016 wasn’t a bad year. Awesome things happened. I mean…bad and sad things happened, too, but I didn’t close out 2016 thinking “Whew, I’m glad that’s over with.” But, my year wasn’t intentional, despite my efforts to make it so. I flew by the seat of my pants for 12 months and I think I’ve finally accepted that this is the way I live and thrive. I’d like to be more organized, more purposeful…fine, more intentional…but it just hasn’t panned out for me yet and I’m not a failure because I didn’t live up to my own definition of intentional.

I didn’t have a word for 2017. I spent a lot of the latter part of 2016 stressing and obsessing over what my word would be for the coming year. I couldn’t come with one word, got stressed out and busy, and allowed myself to feel less than because I didn’t have an Instagram meme worthy word that I could claim as my mantra for the year.

“I’ll do better next year,” I remember telling myself. “Next year, I’ll pick the right word.”

Yes, I really said that.

And, I’ve spent the better part of this month trying to come up with just the right word that will take me into 2018. I want to be kinder, more unplugged, more connected to things that are happening off-line, more patient, more loving, more confident, less concerned with what everyone else is doing, more spiritual…I could go on. And on.

We like to tell ourselves that our “word of the year” is totally different from making New Year’s resolutions that set us up for failure. I say they’re not that different.

A word of the year is going to hold you accountable to do more of one thing or less of something else. Sounds like a resolution to me, but whatever. I’m not here to go round and round about semantics.

If you make a resolution, great. Sincerely…good for you. I hope you slay…love that word, by the way. It’s just not…quite a fit. Almost, though.

If you make a resolution and choose to call it a “word for the year,” also great. It’s your life to live. Call it what you want.

It’s December 29th and I don’t have a word for 2018. I’ve decided I’m okay with that. Mostly. I have a lot of words that describe what I want my life to be for 2018. They might not apply in February or March. I have a lot of words that I could use to describe my goals for 2018…because no matter what we call them, we all have resolutions, goals, dreams, and wishes for our future lives, right?

I’m just not going to hold myself to any of those words, because if my life has taught me anything, it’s that there’s always a surprise around the corner that’s going to change my course, my goals and whatever watchword I select for myself.

I love seeing everyone’s words of the year. I do.

But I don’t have one of my own and as much as I tried to make picking one word work for me, it didn’t quite fit. Like those cute shoes that are just a tad bit too small and pinch your feet when you try to walk.

If you are frantically trying to come up with a one word, you still have a couple of days. Maybe you’ll be hit with some kind of epiphany. Maybe that whole free-association thing will work out for you. Maybe you will find that perfect word that will carry you into 2018.

Maybe you won’t. And that’s okay, too. 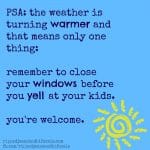 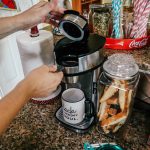 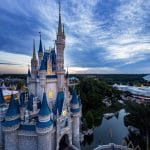 Have you ever taken your kids swimming in the rive

I have not been honest on social media. I haven't